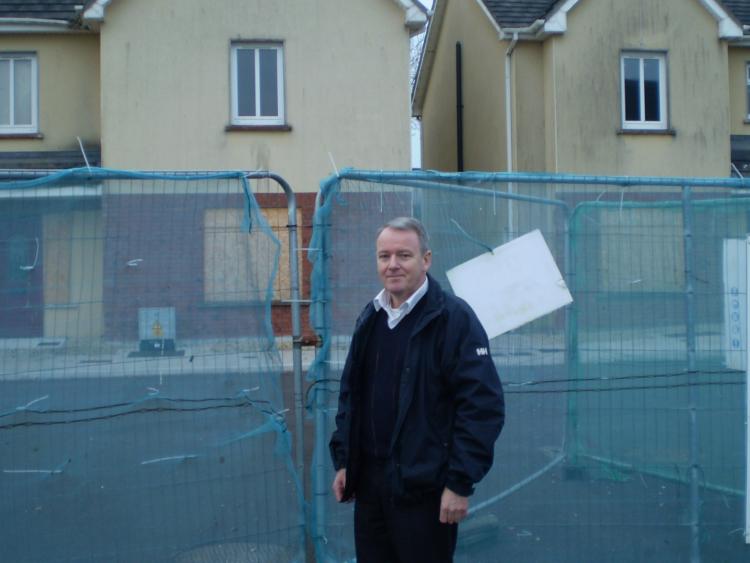 Sinn Féin TD Brian Stanley has described the situation where 10 social housing units have been left vacant for three years in Cluainín Estate, Mountrath as scandalous.

“Three years after the Oaklee Housing Association bought the houses, which were to house some of those on the Council’s waiting list, not one bit of work has been done to prepare them for occupancy," he said.

The TD said that two years ago the Department of Housing and Local Government gave final approval to use them for social housing. He said Laois County Council’s role would be to nominate tenants from their lengthy waiting list and pay an annual rental subvention to Oaklee, who would retain ownership.

"What has happened in Cluainín in Mountrath again raises serious questions over Government policy of ‘farming out’ the responsibility for providing social housing to Housing Associations. A number of these agencies have sprung up in recent years and while some, such as Respond and Cluid, operate efficiently others do not.

"Councils have been side lined and their only role is to nominate tenants from their waiting lists to the approved housing bodies. This is bad policy as Councils have a local presence and vast experience in providing and managing housing stock. I am confident that if these houses were under the control of Laois County Council they would have been tenanted 2 years ago," he said.

The Sinn Féin TD said there is a growing waiting list for housing in Mountrath, with over 100 households in need of housing in the area, yet these fine 3 bedroomed semi-detached houses lie vacant.

He said that a modest amount of work is needed to have them ready for occupancy. While there has been a small amount of damage caused by vandalism, he said this should in no way prevent their speedy completion.

He said the council cannot act because it it does not own the houses. He said the the housing agency has not responded to his claims. Deputy Stanley said he has put down a Dáil Question to the Minister for Housing, Simon Coveney TD, seeking an explanation for these houses remaining empty.