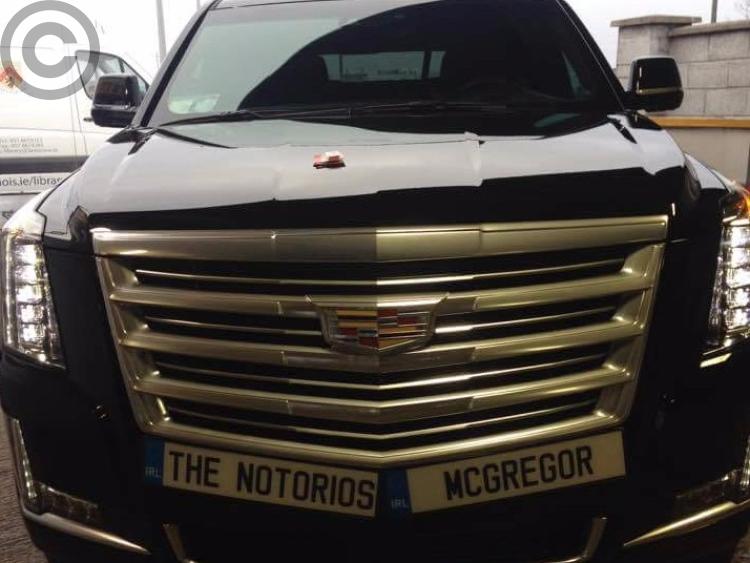 Rumours are rife in Portlaoise that UFC World Champion The Notorious Conor McGregor was in town today.

A black SUV displaying the fighters number plate was spotted on the top square and in other parts of town on Thursday morning, January 26

However, it appears that the great man himself may not actually be in Laois.

Kevin Bowe of Bowe's Tyres and Auto Service on Portlaoise's Timahoe Road confirmed that he had worked on McGregor's top of the range Chevrolet Escalade.

The garage placed number personalised number plates on the imported SUV, a brand which is the choice of the rich hand famous. Kevin said the world famous fighter was not in Laois on this occasion.