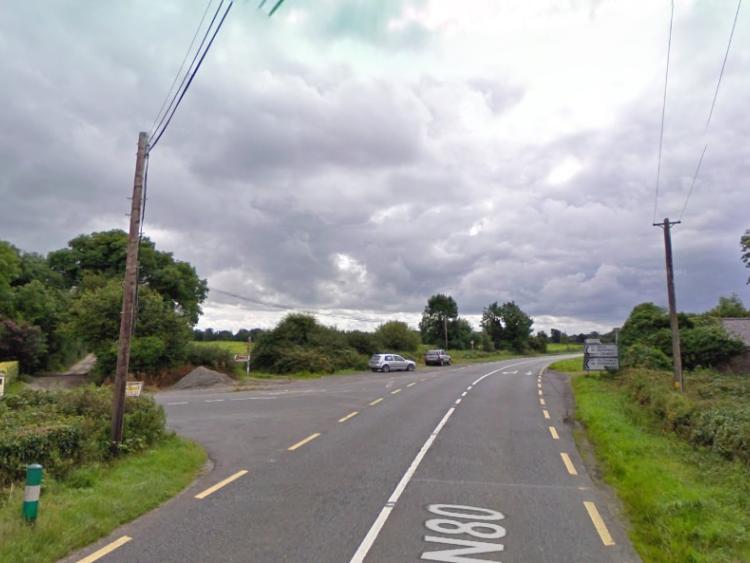 Clonaghadoo junction on Tullamore road to Mountmellick, scene of four road deaths in past decade

Portlaoise’s Borris Road is one of several roads in Laois set to benefit from a total Government funding of €7,688, 729 this year.

Laois TD and Minister for Foreign Affairs and Trade, Charlie Flanagan, has confirmed Government funding of €7,688,729 for roads in the county, which is part of a €324 million national investment programme for regional and local roads in 2017.

“Fine Gael in Government is determined to use our strong economy to benefit all areas of the country, and roads funding is just one example of this. The funding announced by the Government today constitutes a 9% increase on last year’s allocation, which is only possible as our economy continues to grow,” said Minister Flanagan.

“This funding is for the local authority to maintain and strengthen our roads here in Laois. It will also help to stimulate local job creation which is really important to local communities here.”

Minister Flanagan revealed that the total figure of €7,688,729 for Laois includes the significant amount of €75,000 in a Specific Improvement Grant for Borris Rd, Portlaoise.

There is also funding of €220,000 for bridge rehabilitation works including work at Poorman’s Bridge, Abbeyleix and Colt Railway Bridge.

“Road safety is an important part of this announcement also. Nationally, funding of over €1.3 million will be allocated to local authorities to continue with the implementation of 30km/h speed limits in housing estates across Ireland. Here in Laois, funding of €150,000 has been allocated to safety improvement works on roads such as Barrowhouse Cross, Junction at Ballybrophy Railway Bridge and Clonmeen North,” said the Minister.

He went on to say that this funding for roads in Laois will make a big difference to people and businesses locally.

“This announcement comes in the same week as the Government launched its Action Plan for Rural Ireland which, with its 270 targeted actions, will help to deliver benefits to people and communities all across Laois,” concluded Minister Flanagan.