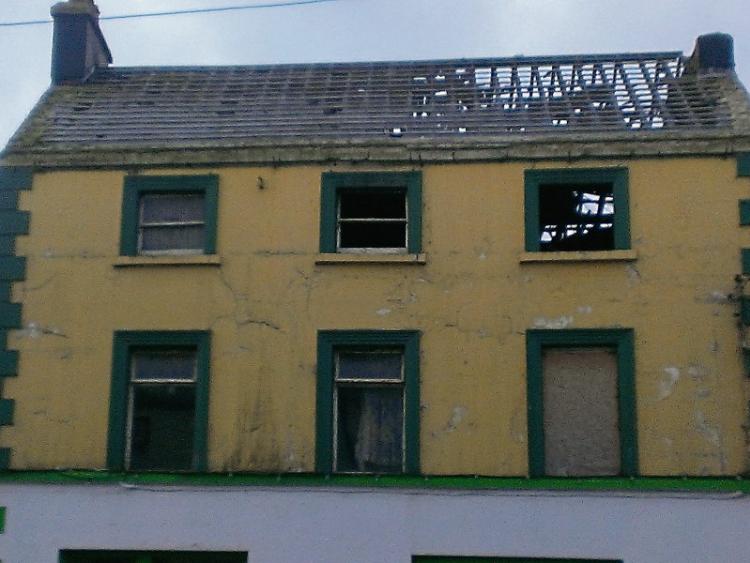 Owners of derelict sites need to stop “sitting on their assets” and do their bit to rejuvenate Portlaoise town.

That was the message that came out of the recent Portlaoise Municipal District meeting, during an animated discussion on how best to tackle the blight of derelict sites.

Cllr Noel Tuohy proposed a motion calling on Laois County Council to take all necessary steps and enforcement to tackle the problem of unsightly and derelict premises on Main Street and within the town precincts.

He said great strides had been made on Main Street, but unfortunately all this good work was being hindered by the negligence of a few property owners, with some sites having fallen into wrack and ruin.

“The legislation is there; it’s time we enforced it,” he declared.

Seconding the motion, Cllr Caroline Dwane Stanley said the biggest problem was getting the cooperation of property owners, with some sites ending up in the hands of the banks which presented more difficulties.

She spoke of the recent problems during Christmas week, the busiest week of the year for shopping, when main street had to be closed off due to a collapsing chimney which had to be taken down.

She pointed out that the chimney on the old county hotel could fall, too, and asked the council to look at that site.

Also agreeing with the motion, Cllr Catherine Fitzgerald said that a programme should be put in place to tackle the problem forcefully.

“Are some owners sitting on their assets waiting for property prices to go up?” wondered Cllr Fitzgerald, adding that the penalties for derelict sites “are not worth talking about”.

Cllr Mary Sweeney said the council should put in a “use it or lose it” policy on derelict sites. “It’s a shame to see someone holding on to it unless the market booms again,” she said.

Director of services, Mr Kieran Kehoe said there had been a huge investment in the town with signs, bollards and flowers, which had improved the town’s IBAL rating. Regarding the shopfront scheme, he said unfortunately the council had to approach business owners to get them to avail of it, rather than being approached by traders themselves.

“We’re trying to make people take the money to paint their shop,” he revealed.

He also said that current legislation on derelict sites is very dated and Draconian, with the penalty at present only some three percent of the property value.

“It costs more to go to court that what the levy is,” he said.

In a written response to the motion from Ms Deirdre Hunt, senior staff officer, it was revealed that the council is currently pursuing four derelict sites on Main Street Portlaoise.