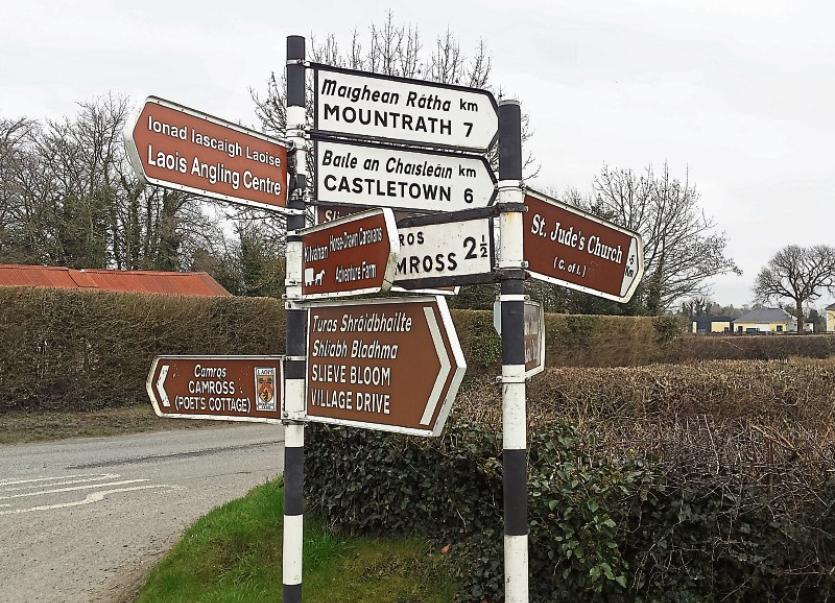 Two poles near Coolrain are still confusing visitors because they are laden down with signposts, according to Cllr James Kelly.

It is his second time to bring photos of the poles to a council meeting, and while signs have been straightened up since, he said it is still problematic.

“There are signs to Coolrain and Slieve Bloom village, too close together. It is still an awful lot of signage for visitors, could we look at moving some across the road?” he asked, at the January 19 meeting of the Mountmellick Borris-in-Ossory municipal district.

Newly appointed council engineer Edmund Kenny agreed that this would be “no problem”.