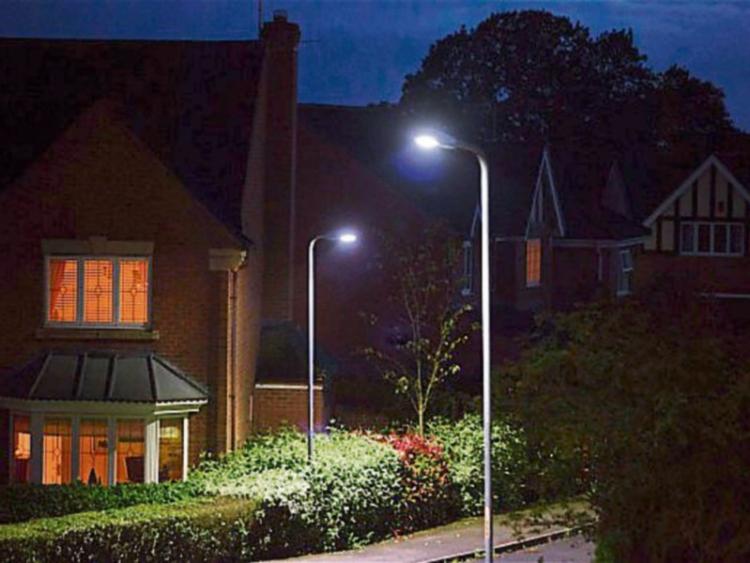 Poor streetlights are a “serious problem” in south Laois according to county councillors who represent the area.

Cllr John King from Rathdowney requested that the council surveys all towns and villages in the area.

“No-one is looking at lights. They haven’t been cleaned for years in towns. Since I became a councillor seven years ago, a survey has not been done on the ground. For safety, and for proper use of CCTV, we need good lights at our schools, churches,” he said.

He suggests installing lights with sensors that only turn on when there is movement, to save money.

“That way people are also warned if there is activity. They have them in most European countries, there is no need for lights to be constantly on after midnight,” Cllr King said.

Cllr James Kelly wants more lighting in Mountrath, and was told by engineer Farhan Nasaiem that the areas concerned would be looked at, but any upgrades would need more money.

Cllr Brendan Phelan asked for streetlights to be extended out to Burial road on the Donaghmore road in Rathdowney, and got the same answer, to his disappointment.

“This road is used a lot by young children going to school, the lights are unbelievably bad.

“We just need to start addressing the dangers there are with no lights. That’s three motions today. With extensions to all our towns, this has to be addressed,” Cllr Phelan said.

Laois County Council is replacing all yellow streetlights in Laois with low cost energy LED white lights, as part of a national review, to save money and improve CCTV images.

A yellow ‘high energy’ light costs €2 a week in electricity, but an LED costs only 50c.

Engineer Farhan Nasiem said any particular areas requiring new lighting can be identified by their public lighting section, who will do design work, but will need funding to install new lights.