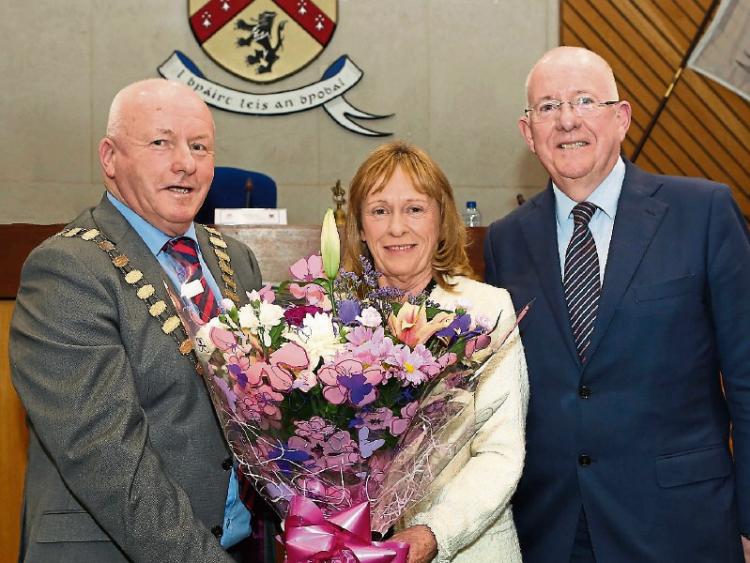 In his address to the civic reception, Minister Charles Flanagan said he couldn’t think of better values than those instilled into him by his father Oliver J Flanagan.

These were: Respect the dignity of each and every person and try to treat others as you would like others to treat you.

Politics were becoming less stable, the Minister noted. There was gratuitous abuse. And there was populism where simple answers were given to very difficult and complex problems.

He insisted: “We need to stand up for values and freedom of expression - to be tolerant. It behoves us all to be vigilant. To quote Thomas Jefferson, vigilance is the price of freedom.

“We should not lose sight of that. We need to reaffirm and remind ourselves that the European Union was set up after the ravages of two world wars in which millions of people died. I am a committed European. I always have been.”

Minister Flanagan said Ireland was little more than an economic backwater 50 years ago. Now it was one of the world’s top 10 developed nations.

Speaking of the civic reception, he stated: “I regard this as a huge honour and a great privilege for me and my family.”

He added: “I feel very proud of my county, very proud of having had the opportunity to serve on Mountmellick Town Council and the County Council.”

County Council Chairman Tom Mulhall told Minister Flanagan: “From the day you were elected to Laois County Council in 1987 to your current ministerial position, you have been a strong advocate for the people of Laois and Ireland.”

The Chairman added: “It is also fair to say that your commitment and work at international level is well recognized and regarded. Your dedication to your office ensures that our country has a significant input into world affairs.”

Portlaoise Municipal District Chairman Cllr John Joe Fennelly pointed out that Charles was Foreign Affairs Minister at a very challenging time, having to deal with Brexit and Northern Ireland.

Borris-in-Ossory/Mountmellick Municipal District Chairman Cllr John King said it was nice to be able to honour someone when they were alive and well. He declared: “This is a very special evening.”

Deputy Sean Fleming: “It’s a great privilege as a Laois person to acknowledge your (Charles Flanagan’s) role as a Minister. This is a Laois event. Any county should be proud of having a Minister and you follow your father Oliver J and Paddy Lalor. We all started at local level.”

He added: “When we leave Laois on the N7, we all wear the Laois jersey.”