82 projects at this year's event 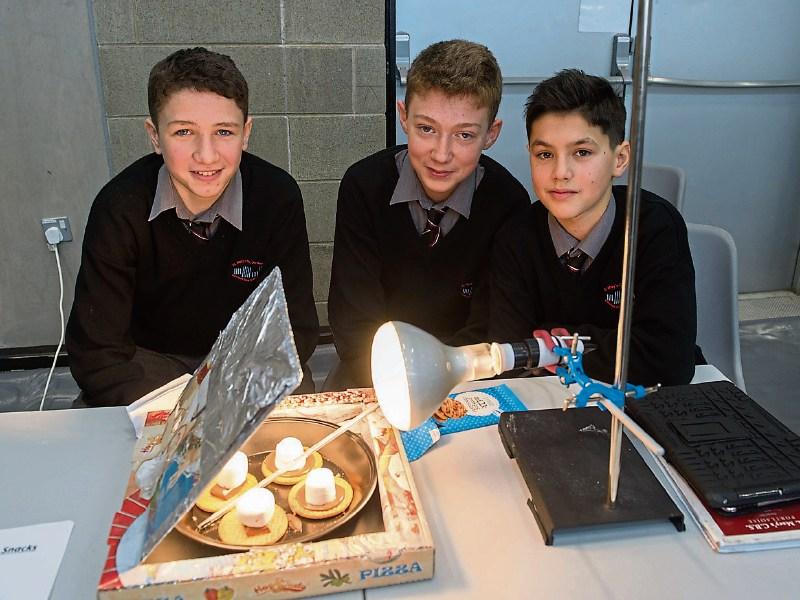 A working tornado, and a new social network without the negativity of bullying, were among the 82 projects completed by 2nd year and Transition year boys at St Mary's CBS Portlaoise at SciFest.

With 215 students taking part, the science fair is truly embraced at the school, and this year they went further by inviting primary schools in Portlaoise to visit the stands.

"We were delighted at the level of interest, the excitement on their faces," said science teacher Helen Felle, who thanked the 21 judges, who included engineers, teachers, pharmacists, accountants and local business figures.

SciFest founder, retired teacher Sheila Porter, was impressed at the range of thought provoking projects, which were being marked by 21 judges all morning.

"The standard is always very good, they are all very enthusiastic and confident in their presentations," she said.

She founded SciFest in 2008 to give every Irish student a chance to exhibit at science fairs at no fee.

"Everybody gets a chance, it's inclusive and accessible, we expect up to 10,000 entries nationwide this year, and the winners go to a regional and perhaps national finals, with winners there exhibiting at the Intel International Science and Engineering fair in America," she explained.

Jeff Leong, Tom Gbenoba and Oscar Ganly are concerned that Ireland will get more real tornados as the climate changes.

"It's not just tornados, there will be more extreme weather with erosion of our coastline and higher temperatures," said Oscar.

TY students Caolan Fleming and Matthew Cotter are behind 'Eva' a social network with the emphasis on content rather than users.

“Everyone is anonymous so it filters out a lot of negativity that happens on other social network sites," explained Caolan.

The pair hope to make money on their fledgling idea.

"We have an account with Google ad sense, so we can get a steady flow of income, depending on clicks, and advertisers can target customers more effectively," explained Matthew.

Six to eight projects will be selected to go on to the regional SciFest at Carlow IT.