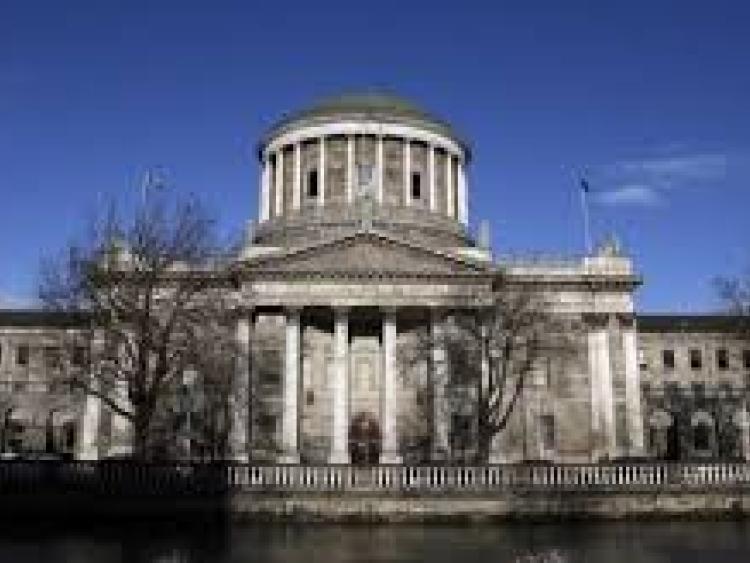 A Rosenallis man has told the High Court that flood waters flowed across his property like "a small tsunami" before entering and causing extensive damage to his family home.

Mr Chris Mahon said that he heard what seemed like a cracking noise before just before water from a local stream flooded his home and property in November 2014.

He said that attempts were made to put sandbags around his home. But the water rose to a level when it started to  come in over his boots. The family dog was swimming in the yard before being rescued by one of his children.

Eventually the water he said breached the front door of what has been the family home for almost 25 years.  That incident was the second time the Mahon's home was flooded in just over six years.

Mr Mahon was giving evidence in an action brought by him and his wife Shelia against Laois County Council arising out of flood damage to their family home at Clonaheen, Mountmellick, Co Laois in August 2008 as well as in November 2014.

Mr Mahon, who became upset while giving evidence said that on both occasions the downstairs of his family home and their property was badly damaged.

That second flooding incident he said "absolutely destroyed me" and for him was "even worse" than the first flood.  For health reasons his wife had to stay elsewhere while he carried out extensive repairs.

He said that as well as the interior of his home the floods damaged their yard and their drinking water supply.  He said their yard was covered in a green coloured growth and smelt "like seaweed off a beach".

After the floods he said "it took a long time to get it right," and that he can no longer get flood insurance.

He said his family fear that they maybe flooded again, and he regularly checks the stream and the culvert. He said the council have not rectified the situation and that it "ought to be ashamed of itself."

The Mahons, represented by John Paul Shortt SC and John Hayden Bl, claim the council were negligent in the matter in which they allowed works to be carried out on a culvert, located underneath the road beside their home.

The culvert is keep a continuous flow of water in a nearby stream. The family say the moved into their home in 1993 and never had any problems with flooding,. However a new culvert was laid by the Council in the summer of 2007.

It is claimed that the council were negligent in the manner in which the works were carried out. Part of the culvert, it is claimed collapsed and became backed up.

This they say resulted in the stream overflowing and their home and property was twice extensively damaged by water flowing across their yard, driveway and into their home.

The Mahons claim the culvert was constructed in a defective manner, and that the council failed to take any remedial steps to repair the defects. They are seeking damages and an injunction requiring the council to carry out all necessary works to secure the integrity of the culvert to prevent further flooding.

The council deny claims it was in anyway negligent.  In its defence the council represented by Michael Counihan SC says the flooding was caused by intense rainfall of record proportions and not by any problem with the culvert.

They also allege the Mahon's contributed to the flooding on grounds including that when they constructed a new entrance to their property and removed a clay embankment that had protected the property from flooding.

The case is before Mr Justice Paul McDermott.  On Tuesday afternoon the judge remarked that Mr Mahon's account of the impact the two floods had on the Mahon family "was an appalling story".

The judge said that what ever about the legalities of the situation there was perhaps "a civic duty" that steps be taken by the local authority to ensure the Mahon's home is not flooded again.

The judge also suggested that certain aspects of the case be mediated. The hearing resumes on Wednesday afternoon to allow for discussions between the parties to take place.