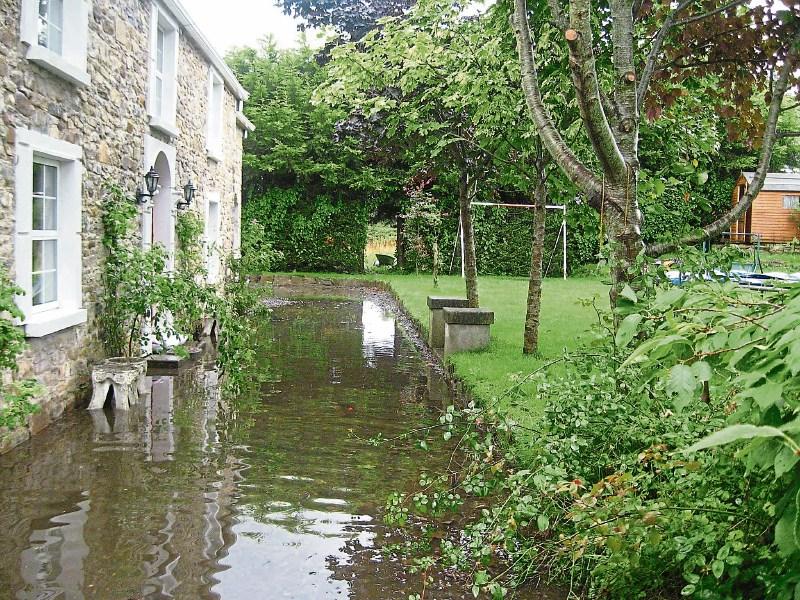 Sheila and Chris Mahon have won a High Court case against Laois County Council over flooding to their Rosenallis home, describing it as a “horrendous strain”.

The family home was flooded twice after faulty drainage pipe work was carried out by the council on a nearby stream in 2007.

“It has been eight years of worry. The fear of flooding was huge, it’s a terrible thing. At night when we would hear rain, we’d get out of bed to keep checking, Chris would even go out and check the drain if the rain was heavy,” Sheila Mahon said.

“It put a terrible strain on us as a family, constantly waiting to be flooded again, it was horrendous,” she said.

They made requests to the councilbut to no avail.

“It was soul destroying. We couldn’t fix it because we didn’t have a right, yet it was flooding our home,” she said.

After the second flood in 2014, Mrs Mahon was hospitalised with 36 percent inflammation of her lungs, from exposure to allergans in the house, caused by damp.

“I had to move out for eight weeks, away from Chris and our four boys, to stay with my sister 40km away,” she said.

“It was the most pressurised, difficult situation I’ve ever been in. We could have lost everything because of the cost, even our house, because the case was in both our names. We were literally putting our home on the line,” Sheila said, adding that they had no other choice.

“We knew that what was happening was wrong. We couldn’t keep living with the strain,” she said.

After day one in the High Court, they felt the judge could see they were genuine.

“We were not looking for a huge payout, just for the drain to be fixed, and compensation for the debts we got into to repair our home,” she said.

The family was without a kitchen for a year and half, and had to remove the plaster from downstairs walls, and pull out all units because they were mouldy, as well as carpets and wooden floors.

Even now after winning their case, they are slow to believe the nightmare is over.

“They have 12 weeks to fix it, but it’s the same people fixing the same drain for the fourth time. We are worried it will rain heavily in those 12 weeks, and whether the drain will work properly once it’s fixed. We have to be hopeful, we are relieved the case is over, but we are still worried,” Mrs Mahon said.

She thanked her neighbours and friends.

“They were really fantastic, some were witnesses. A special thank you to our children, family and friends for their support and kindness to us and to our solicitor Richard Stapleton from Tullamore and his staff for their hard work,” she said.