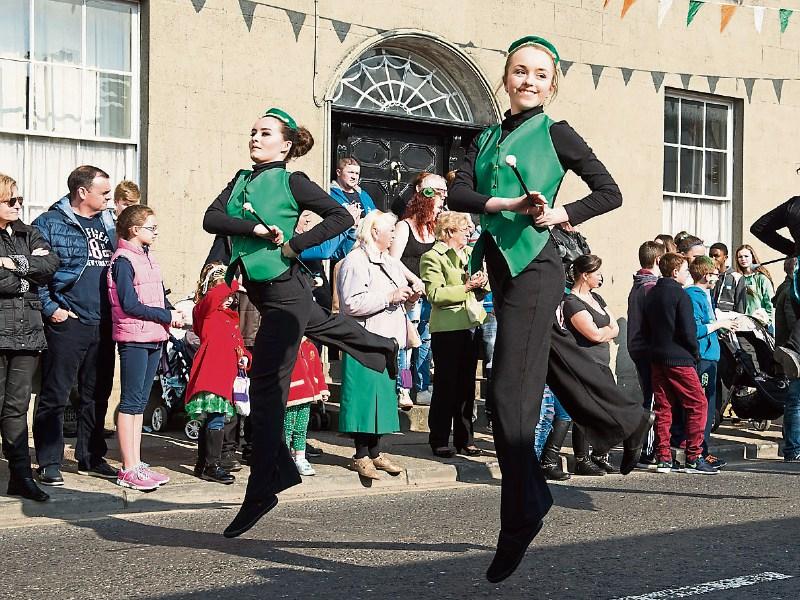 Mountmellick's St Patrick's Day parade has been rescued by a brand new committee of young people ready to make it the best parade in years, including cutting out public drinking for onlookers.

Co-chairing the committee are Jason Mcinerney and Debbie Connolly, and they are confident they can make it a bigsuccess.

“We have got 14 new members on our committee, ranging in age from 18 to 40. It's time for the young people in the town to work together and make our parade bigger and better. It is a younger generation and that's what's needed, with new ideas and commitment,” said Jason.

They have not announced their parade theme yet, but it will be chosen with children's entertainment in mind.

One big idea to make the day more attractive for families to attend, is a ban on alcohol in O'Connell Square.

“We have an alcohol ban in the square, we are hoping that Gardaí will be on foot patrol on the day. There will be lots of fun in the square before and after the parade, and we already have the DJ lined up,” said Debbie.

The committee is coming up with lots of new ideas.

“They are excited and can't wait to get going, they are 100 percent dedicated. There will be lots of entertainment on the day,” said Jason, who has past experience in organising community events, having run 'Hallowfest' in Kirwan Park, and the 'Smile for a Moment' fundraiser event.

They have already been in contact with Laois County Council and the Gardaí to get a green light for the parade.

“We have the full support of Dom Reddin the tourism officer, and of the Gardaí. Local businesses are all 100 percent on board and willing to support us,” he said.

Both are from Mountmellick, and put their names forward after hearing that the parade was not happening.

“I was devastated when I heard. I have a little lad who looks forward to it every year. Sometimes people might give out but we would miss it if it didn't happen, and we would have to go to another town to see a parade,” said Debbie.

They are inviting clubs, businesses, groups and organisations to get in contact and put a float together.

“Everybody is welcome, it is free to enter a float We will have judges on the stand and there will be prizes for the best floats, and a prize for the best window display,” said Jason.

The parade will begin at 2pm from Turleys.