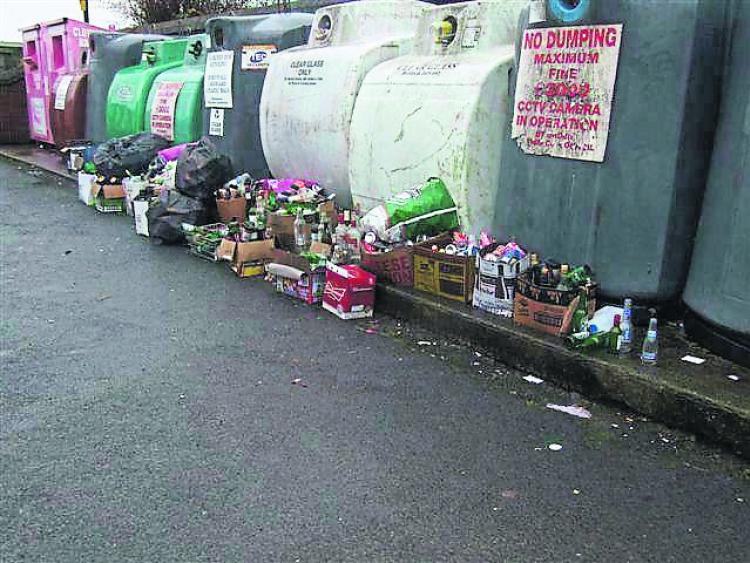 A 'brazen' crowd are going around collecting clothes were putting their own bins in different places around the country, according to a Laois County Councillor.

Speaking at the Portarlington/Graiguecullen Municipal District meeting on Wednesday (Feb 15), Cllr John Moran at a described the culprits as “brazen,” he said their bins should be loaded up and crushed.

“People are breaking the locks and throwing bags of rubbish into them. Cameras need to be installed to catch the people dumping. It’s unreal what’s happening at the moment. Council staff just cannot keep up with it,” he said.

He called for better lighting at the Arles facility where, he claimed, there was danger of somebody being “molested.”

Cllr Moran: “What’s happening is that people are putting rubbish beside the bins.”

Cllr Padraig believed can banks were needed as well as bottle banks. He added: “They have got a few culprits. The fine should be twice as big.”

Members agreed that illegal dumpers should be named and shamed, and they submitted a proposal to that effect to the Council.

Senior Executive Engineer Orla Barrett, in a written response, said the Council planned to change the type of bottle banks on all of its 45 bring bank sites. Funding for 20 sites had been allocated this year and these included Graiguecullen, Newtown and Killeshin. Arles would be done in coming years.

Cllr Brennan vowed to use some of his discretionary funds for the Arles facility.