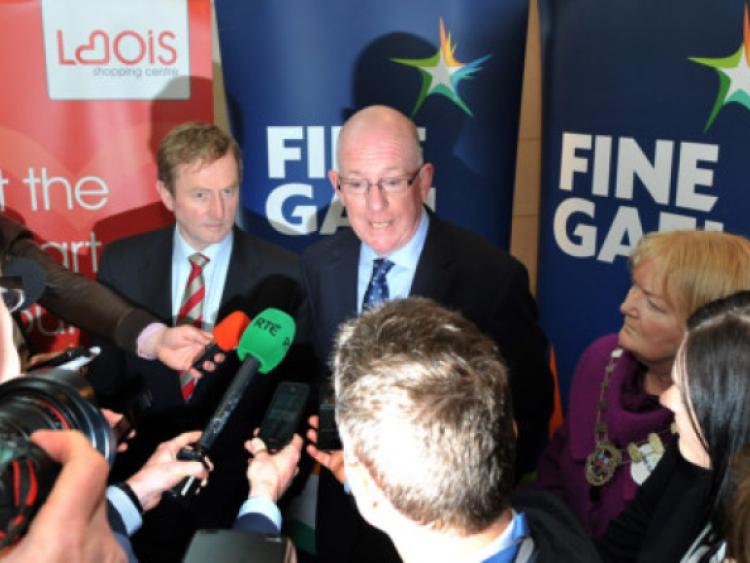 The future of Laois TD and Government Minister Charlie Flanagan at the cabinet table looks set to be up in the air as speculation grows that Enda Kenny will forced to step down as Taoiseach and Fine Gael leader.

National media reports have carried stories speculating on who will survive a Cabinet cull under either Leo Varadkar or Simon Coveney.

The Irish Daily Mail's front page story lists the Laois TD and Minister for Foreign Affairs and Trade as one of five senior ministers who will lose their jobs in a cabinet "wipe out".

"The cabinet heavy-hitters - including high-profile Michael, Noonan, Frances Fitzgerald and Charlie Flanagan - are before the firing line regardless of who the Taoiseach will be," reported the paper following contact with senior sources close to both candidates.

The paper speculates that either Varadkar or Coveney could replace Minister Flanagan in foreign affairs.

However, the Irish Independent speculates that the Laois TD could survive a cull if Michael Noonan is cast aside when the Taoiseach departs.

"He's (Noonan) part of the old guard with Frances Fitzgerald and Charlie Flanagan, who are more likely to survive a cabinet reshuffle," a source told the Independent.

Minister Flanagan has stayed under the radar in recent days as the controversy exploded over Garda Sgt Maurice McCabe. He has not stated what his position was in relation to the party leadership in the coverage other than to rule himself out as a candidate.

The Laois TD has experience of leadership changes. He was seen to have been punished by the Taoiseach after he backed Richard Bruton in the last leadership heave against Kenny before the 2011 General Election. At the time, Minister Flanagan was the party's spokesperson on Justice and seen as a strong favourite for cabinet. After the election he did not make the senior or junior ministerial ranks.

However, he was appointed as Chairman of the Fine Gael Parliamentary Party which gave him some clout among fellow backbenchers. He also chaired the Constitutional Convention which led to the referendum on gay marriage.

In 2014 his career was resurrected when was promoted to the cabinet where he took up the Minister for Children's job from the now Minister for Justice, Frances Fitzgerald.

Within months he was promoted again, this time to the Department of Foreign Affairs. Following the 2016 election he was reappointed to Foreign Affairs where he is responsible for much of the Governments interactions with Britain and the EU on Brexit.

He was to the fore in an unsuccessful heave against John Bruton in early 1994. As a result he did not make it to the cabinet of the Rainbow Coalition formed later that year led by John Bruton.

If Minister Flanagan is demoted it could have repercussions for Portlaoise hospital. His position on cabinet has been seen as a factor in preventing a decision to downgrade the hospital.