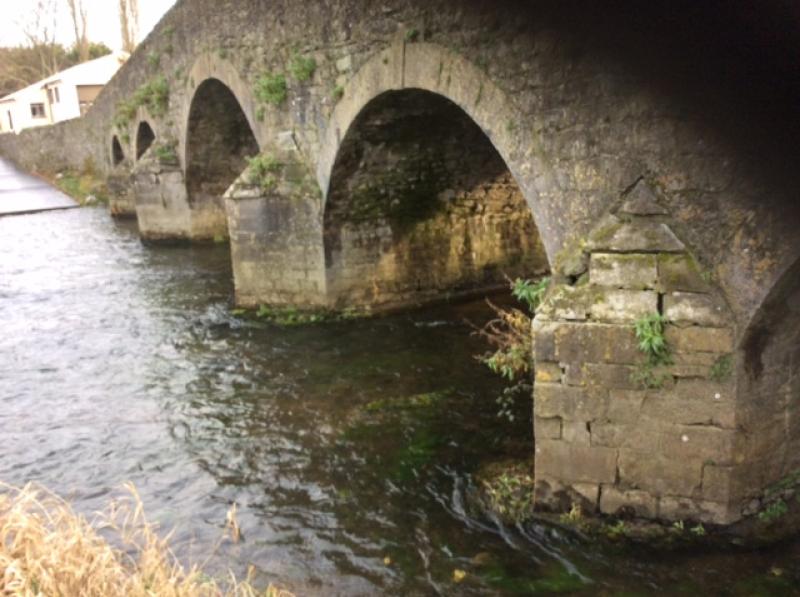 Image shows loose damage to the stonework of the landmark bridge.

Laois County Council will have to apply to an external body to get the money needed to repair a landmark bridge in Durrow.

The lack of funds to do the work emerged after Cllr John King called on the council to remove vegetation and growth at the Stone arch bridge and carry out ‘necessary repair works to protect the structure.

He presented photographic evidence to the council which shows damage to some of the stonework. The councillor also said one of the five channels was blocked.

In reply Mr Edmond Kenny, Acting Senior Executive Engineer, acknowledged that vegetation covering both facades on the structure would have to removed. He said this would be done during the summer of 2017.

The need for the important repair work was also accepted but he said the council would have to look outside its own budgets for the cash.

“Funding will be sought from the Heritage Council to undertake masonry repairs after the vegetation is removed,” said Mr Kenny at the Mountmellick Borris-in-Ossory Municipal District meeting.

Cllr King believed €5,000 had been already spent on a survey.