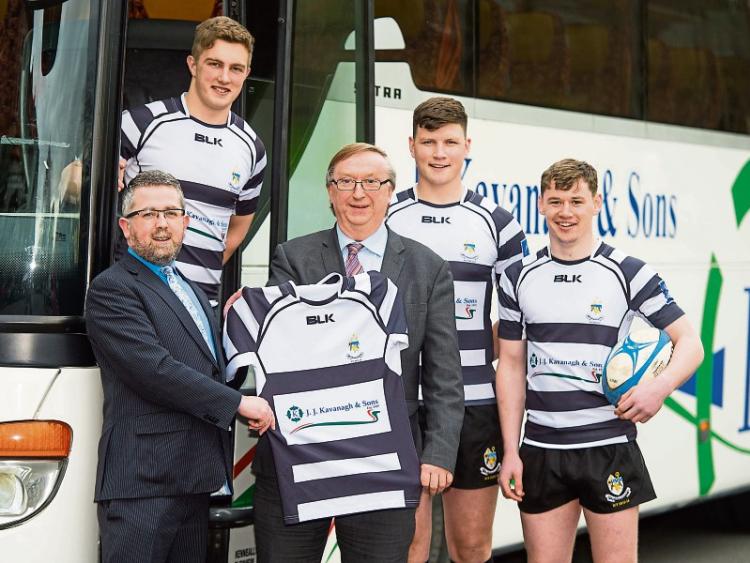 The boys of Cistercian College Roscrea began midterm break in tears and shock last Friday February 17, after being told only minutes before school ended that it was going to close this June.

The fee-paying boarding school on the Tipp Offaly border, famed as a rugby school, has many Laois boys among its 167 pupils.

Bernadette and Des Rigney from Portlaoise have two sons there, Luke in Transition year and Harry in 1st year.

“They are devastated, it's terrible, we are left high and dry,” said Mrs Rigney.

Luke captained the Junior Cup team last year and plays on the U18 Leinster squad, and had hoped to continue in the Senior Cup.

“It's not just the rugby, he is in tears at losing his friends too, and Harry is also devastated after just making new friends, they are all such a tight knit group,” said his mother.

The boys were informed minutes before school broke for midterm, but many parents waiting outside had not seen the text message sent at the same time, notifying them to read an email.

A public press release was issued around the same time.

“It was so abrupt. They were gathered up around 3pm, and told in a three or four minute speech. It was also tough for teaching staff. They were only told an hour before, many of them were emotional too, many are there a long time,” said Mrs Rigney.

“Des had gone to collect them and he didn't know what had happened. He said it was like being outside a funeral, they were all coming out in tears, it was horrific,” she said.

While the school has mentioned a possibility of staying open for Junior and Leaving certs until June 2018, a longer phasing out should be done she believes.

“If they knew this was coming they shouldn't have taken in first years, but phased it out like they did in Ballyfin. We all feel very betrayed. It was cruel. They are supposed to be be Christian, but it was not a very Christian approach to the boys and their families,” she said.

Not enough was done to find ways to keep the school going she believes.

“They say they exhausted all angles, but they didn't try 5 day boarding, or day pupils,” she said.

“I have two lads here devastated, I don't know where to go from here, schools are full, and they want to go to a rugby school,” she said.

A meeting for parents hoping to save the college from closure, has been organised this Wednesday night at 7.30pm in the County Arms, Birr.

“We will be there, but with a heavy heart. At the end of the day, the monks own the property, it's up to them. I would be hopeful, and there does seem to be a lot of interest in past pupils. We will stay hopeful” said Mrs Rigney.

Mark Sheeran from Camross was also at the school to collect his son Paddy aged 14, and had just seen the email en route.

“All the kids were coming out in complete shock and tears, in a terrible state. From 1st to 6th years, they were in tears, it was like a death,” he said.

His son is also very upset.

“He is devastated, extremely upset,” said his father.

“It was shock news, no-one had expected it. The school had a meeting with parents three or four weeks ago, and said they were looking at other options, but there was no mention of closure or of financial difficulties,” he said.

He is hopeful that the loyalty and effort of past pupils and present parents can yet find a solution to keep Roscrea open.

“After getting the shock, many parents started to think, and organise a bit of a push back. There is a huge loyalty to CCR, I have had many calls over the weekend from past pupils. There is ahuge groundswell of support for the school, massive goodwill, they want it to survive” he said.

“In my opinion it has a viable future, it's a fantastic facility to have. The monks have put a lot of effort in. It was known it was on the wane, but perhaps a plan can be put in place to keep it open,” he said.

The plan must come together quickly he said..

“It must be done fast, parents won't hang around in hope,” said Mr Sheeran.