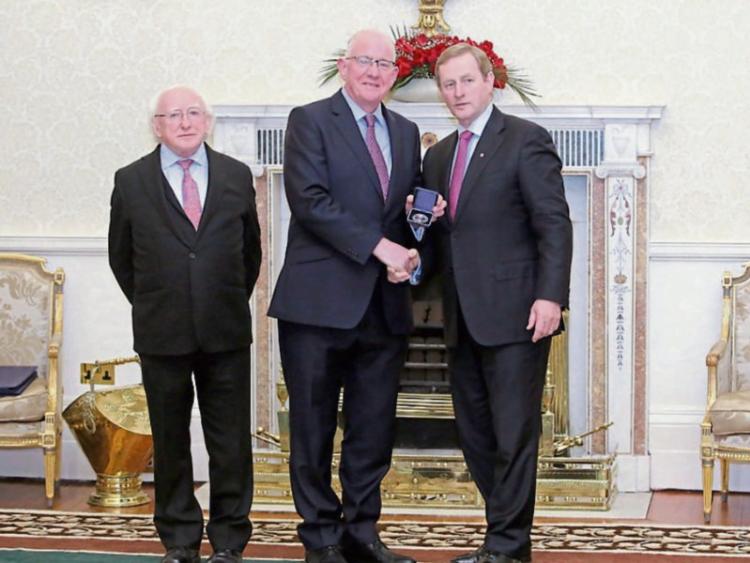 Laois TD and Minister for Foreign Affairs, Charlie Flanagan has refused to speculate on whether he has a future in Govenment, but he expects that the Taoiseach Enda Kenny will reveal his departure plans this week.

Speaking to the Leinster Express Minister Flanagan also played down as “banter” comments he made in which it appeared he was backing Minister, Simon Harris for the top job.

Minister Flanagan said he expects the Taoiseach Enda Kenny to speak to the Fine Gael party this week.

“I expect that he will refer to a timetable in which he will step down,” he said.

While Minister Simon Coveney predicted a change after St Patrick's Day, Minister Flanagan said that “hopefully two months” would be the timetable for change.

“He indicated that he does not wish to lead the party into the next General Election but what he does in the intervening period is entirely a matter for himself,” said Minister Flanagan.

In it Minister Flanagan replied to a fellow Fine Gael TD in which he appeared to endorse the candidacy of cabinet colleague and Health Minister Simon Harris.

His message on the instant messaging service appeared to show that Justice Minister Frances Fitzgerald supported this.

“There was a bit of light hearted banter on Sunday afternoon that I was involved in purely as a joke,” he said.

He agreed that it had not been seen like this by others.

As to the implications for himself, he had no view.

Minister Flanagan said there was “nothing at all” to the view that Simon Harris was the man to lead the country.

Minister Flanagan appeared to indicate in the leaked private message that the Minister for Health wanted to move departments.

But Minister Flanagan told the Leinster Express that both himself and Minister Harris are “committed” to their respective jobs.

As to the future he said there is a programme for Government, an agreement with Fianna Fáil and as well as Brexit and the North.

“I would not like to see a period of instability here having regard to the importance of the Brexit negotiations,” he said.

He said the survival of the Government was the key moment during last week's unprecedented events.

“The most important occurrence of last week was that the Dáil voted confidence in the Government.

“That is a very positive sign and it is an indication that the programme of work must intensify over the next few months and years,” he said.

He said he had views on who should be leader but this would “remain private” because there was “no vacancy.” He said he would address the matter than.

“I have been through changes of leadership. This will be my fifth. They are times of difficulty and change. My desire is that these issues will be addressed in a calm and reasoned atmosphere,” he said.

He said he would not comment on speculation that his position was under threat or safe when a new leader is elected. He praised Enda Kenny.