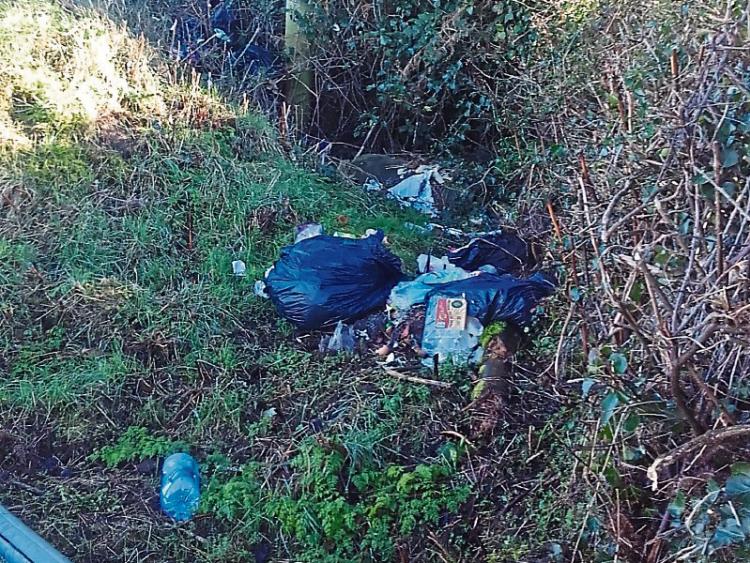 Dumpers are being caught live in action on mobile cameras used by Laois County Council in the campaign to tackle illegal dumping.

Laois County Council is also set to double the number of cameras used to catch fly tippers in the act after a successful pilot programme underway since last September.

Senior council official Michael Rainey told county councillors that the council plans to ramp up the campaign against illegal dumping after a spike in the problem around the county in the past year.

In a response to Cllr Paddy Bracken at the Borris-in-Ossory/Mountmellick Municipal District meeting over problems on the Bay Road, Mountmellick, Mr Rainey told councillors that the use of mobile cameras will be expanded.

"Our intention is to buy more cameras. What we did last year in a pilot phase last September is we bought two types of cameras. Based on (the success of) that we are going to buy two additional cameras. The advantage of these cameras is that they send live photos to the litter warden of dumping in a particular area," Mr Rainey told councillors.

The cameras cost between €500 and €1,000 each but their success so far has proven their worth. There are currently 50 black spots for litter in Laois where CCTV is deployed but the council plans to up the number.

However, under Data Protection rules governing CCTV, the council has to increase the number of CCTV in operation signs to warn the public that they are being filmed.

Mr Rainey says footage gathered can be used in in court as part of prosecution of litter. He said the primary aim of the cameras is to deter people.

The official also asked councillors to warn the public about unlicensed waste collectors. He said there are just four licensed collectors in Laois and their names are available on Laois County Council's website.

Cllr Bracken said there was one farmer constantly cleaning up at the Bay Road / Portarlington Road junction in Mountmellick.

“It is forever being cleaned up...It’s a disgrace,” he said adding that “massive money” has been spent on clean ups.

“I’d like to see the culprits caught,” he said.

Cllr Seamus McDonald said it was one of the worst hit areas of Mountmellick and whoever is responsible “should be brought to justice”. He said a lot of those caught are given an on the spot fine. He called for a change in policy so that dumpers are issued with a summons to appear in court where they could be “named and shamed”. The councillor said illegal dumping is rife around Laois with every side road hit.

Cll Brendan Phelan said dumping is out of control.

“I’ve never seen it as bad. Full black bags are being dumped,” said the Independent councillor.

Cllr Phelan said an example must be made of people when they are caught. He also said landowners would allow cameras on their land to catch dumpers.

He said there had been a major problem in Borris-in-Ossory with people dumping van clothes in a car park. He said cameras stopped the problem completely. Cllr James Kelly urged the use of technology like cameras is an answer to the problem since no extra litter wardens are on the cards. Cllr John King said the council was restricted from naming and shaming people who are caught. He said local people do not dump in their own areas. He also highlighted the problem of bogus rubbish collectors.