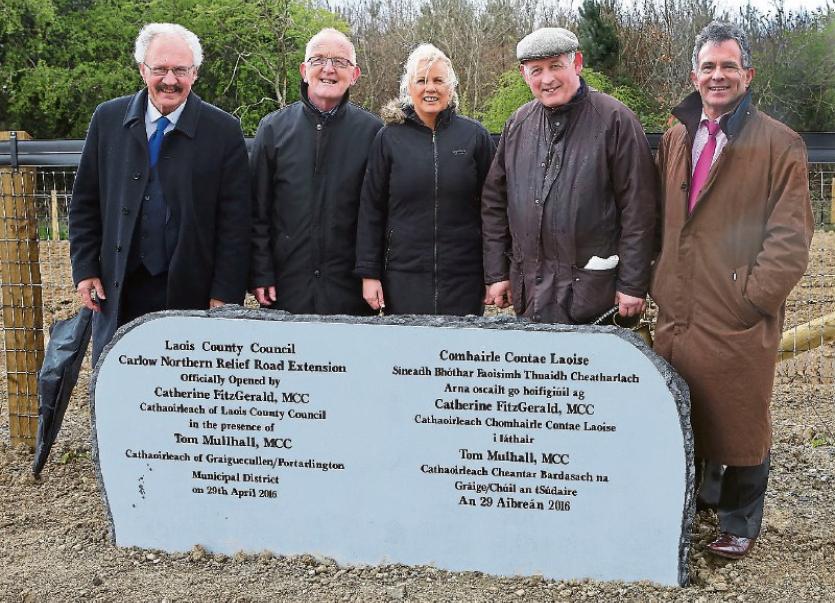 Victory in the border battle for Graiguecullen was savoured by councillors who represent the area last week one of home hit out at a Fianna Fáil politician over her stance at a Municipal District meeting.

Chairman Cllr Paschal McEvoy noted that Laois had successfully fought to retain an area around Graiguecullen - an area that it had been proposed to transfer to Carlow through the boundary commission that proposed part of Kilkenny goes under Waterford County Council's control.

He thundered: “I do not like what she said in the paper—that she’s living in no man’s land. She’s living in Laois. She was born and reared in Laois.”

Cllr McEvoy, also of Fianna Fáil, felt there may have been politics involved.

“I think it was a few votes she was after,” he said.

Cllr Brennan said he would have no problem moving the Laois border “back to the Barrow.”

“To say she (Senator) is living in no-man’s land. I guarantee that Graiguecullen is being helped by Laois County Council,” he said.

Cllr Padraig Fleming appeared to come to the Senator’s defence.

“I think a lot of that was to do with local services. People have to go to Portlaoise for services,” he said.

Cllr McEvoy: “Well done to everyone involved (in keeping Laois territory). Both Laois GAA and Graiguecullen GAA worked with here (Council). I do not think the Carlow people were upset about it. We have a good working relationship with them.”

He said the Carlow/Laois border issue had been coming up every five to six years.

He added: “I sincerely hope that it’s gone to bed now. I hope that’s the end of it for ever.”

“I am so glad this result has come after a long, drawn out length of time. I don’t think anyone in Graiguecullen is living in no-man’s land. I would say that of any part of Laois, that (Graigue) has gained the most over the last few years,” he said.

Cllr Tom Mulhall said it had been proposed to move nearly 5,000 people from Laois to Carlow.

He asserted: “It would have been a downright sin. This is a success story for Laois.”