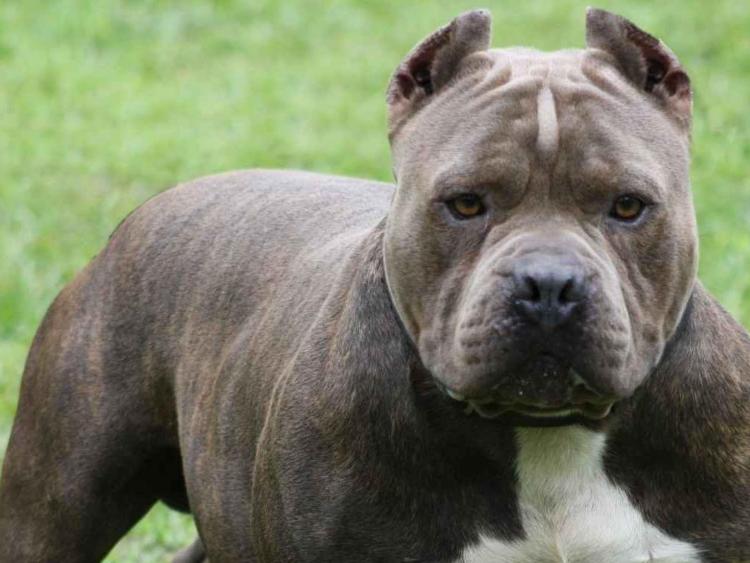 The District Court judge has ordered the destruction of a Pit Bull Terrier which attacked and injured a youth in Portlaoise.

Judge Catherine Staines described it as a very dangerous dog which was bred for fighting, and ordered the State to destroy the dog, which belongs to a foreign national couple residing at Rathevan Close, Portlaoise.

Yesterday’s court (Thursday, February 23), heard evidence from Inspector Ollie Baker, that on July 19, 2016, at Kilminchy, Portlaoise, a 16-year-old boy was bitten by the Pit Bull, which was not restrained and not wearing a muzzle.

The youth had to be taken to hospital with two puncture wounds on his inner leg. The wounds had to be cleaned and sutured, said Insp Baker.

Only Egidija Semionovas attended in court to meet the charges, saying that her husband was working.

Through an interpreter, the accused said that on the day, she had the lead in her hand and she let the dog go.

She said that the dog had been lying down in the house for two days with an injury to its paws and as it was feeling a bit better on the day she let it outside.

Asked by Judge Staines why the dog wasn’t wearing a muzzle, the accused replied that she didn’t expect anything like this could happen.

“We have kids and there was never a problem, he was never aggressive,” she said, telling the court that the dog was still at home.

The court heard that the couple went to hospital with the injured youth, and the accused claimed she had subsequently tried to contact the injured party and his family, but had only received a letter from the injured party’s solicitor.

Describing the animal as a very dangerous dog bred for fighting, Judge Staines said that the legislation required the animal to have a lead and muzzle.

“It cannot be allowed to wander the streets,” said Judge Staines, ordering the destruction of the dog.

Both accused were convicted and fined €100.