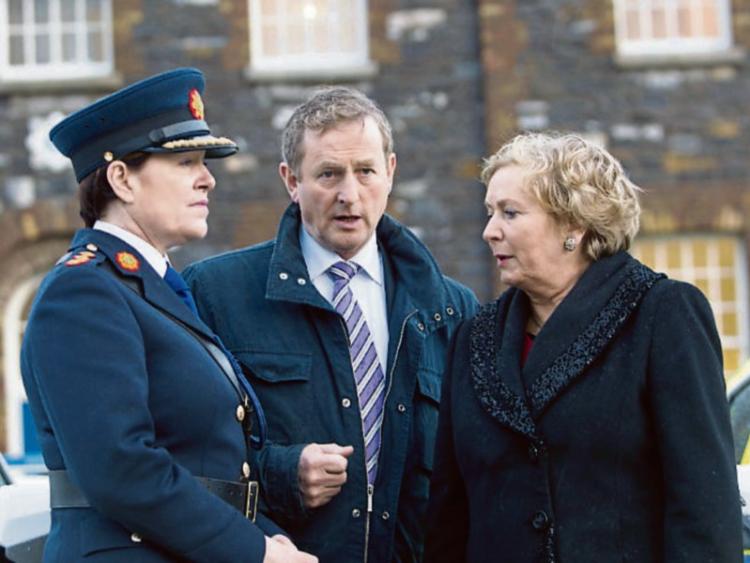 The furore over Enda Kenny’s leadership and when and if he intends to announce his date of departure has shifted the attention somewhat from what has been an utterly sordid episode in Irish public life.

Our recently history is, of course, replete with incidents which are truly unedifying but, in its breadth and scope, the controversy surronding the treatment of Sgt Maurice McCabe threatens to eclipse many of them.

What’s at stake here is whether organs of the State knowingly, or otherwise, set out to discredit McCabe and other Garda whistleblowers.

If so, this amounts to a gross abuse of power, more suited to the machinations of a Stalinist regime than a supposedly enlightened parliamentary democracy.

What emanated from Government last week did little to reassure anyone as to what really transpired.

Enda Kenny’s admission in the Dail that he had provided inaccurate information regarding his contacts with one of his own Ministers regarding Tusla and Sgt. McCabe was truly jaw dropping.

The treatment of Garda whistleblowers has been a simmering and contentious issue ever since this story erupted some years ago.

It has now morphed to another level with the allegations of child sexual abuse and the involvement of Tusla.

It has taken on all the classic trophes of a political crisis, descending into a who said what and who knew what and when scenario.

Basically the ingredients of your conventional political bloodbath.

At least, the Government has had the wherewithal to set up a commission, which has now expanded into a tribunal, with expanded terms of reference, in order to deal with the main issues arising from the Sgt McCabe imbroglio.

In a week of political high wire acts, that was probably an achievement in itself.

And now we are left with the unedifying spectacle of a succession contest for leadership of the country and Fine Gael.

We have heard much over the past few days of giving the Taoiseach the requisite space and time to do his own thing. He is a decent man, and few could probably argue with this.

However, it’s time to get on with the government of the country and to do what it must do to be in some way effective.

We are facing a host of unprecedented internal and external challenges, and our response and reaction to them is going to shape much of our history in the 21st century.

The world at the moment is a fraught place, and this will continue to be the case for quite some time to come.

Pussyfooting over the leadership of the government, or a political party, is something we can ill afford.

We need a strong government as we face into the challenges of Brexit, and as the EU braces itself for what is shaping up to be an inherently turbulent time.

It’s not a time for internal, domestic squabbles.

It's not a time for personality politics.

The man on the street, or the patient on the trolley is not too concerned with anyone's political legacy, or making political records.

They probably have their own ideas on that.

What they are concerned with are the fundamental issues and challenges which continue to beset the country, regardless of who is leader.