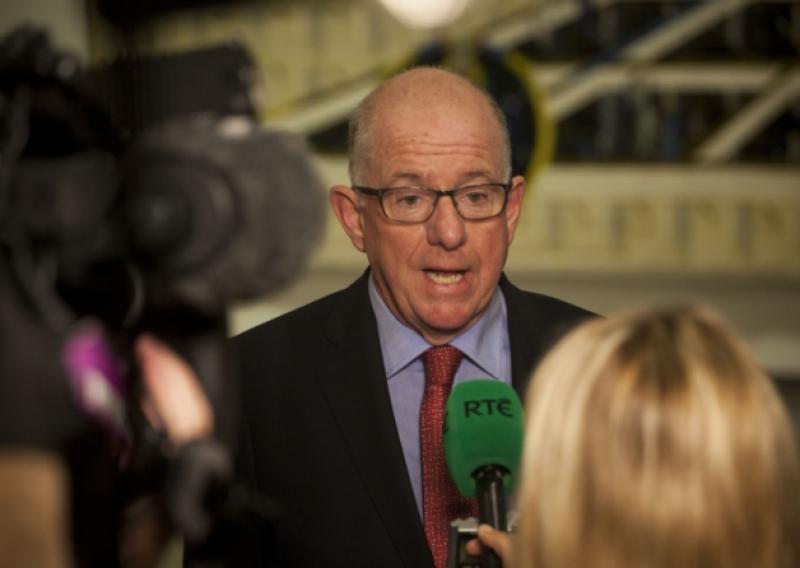 Laois TD Charlie Flanagan has embarked on his furthest trip away from Ireland since becoming Minister for Foreign Affairs and Trade.

The Minister began an official visit to the Land of the Rising Sun, Japanm on Sunday at the invitation of the Japanese Government.

The visit follows the successful visit to Ireland in January of the Minister for Foreign Affairs of Japan, Mr Fumio Kishida.

Ireland enjoys increasingly strong trade and investment ties with Japan, and bilateral trade totalled €9.8 billion in 2015. Japan remains Ireland’s largest export market for goods in Asia and it is Ireland’s largest source of Foreign Direct Investment from Asia. There are currently 79 Japanese companies operating in Ireland, supporting over 4,000 jobs.

The Mountmellick native looked forward to engaging with business groups in Japan and promoting Ireland’s key messages in the Japanese media, particularly in the context of Brexit.

“The visit offers a valuable opportunity for me to convey key messages on Ireland’s response to Brexit to a Japanese audience, and to reaffirm our unwavering commitment to the European Union," said the Portlaoise-based Minister.

"It is important to reinforce that following Brexit, Ireland will remain at the heart of the EU, offering an English speaking gateway to an EU market of 440 million people, and that we possess a talented and flexible workforce and a provide a welcome home to investors.

The Fine Gael Minster will visit Hiroshima to learn first-hand of the devastating impact of the Atomic Bomb on the city and its surroundings.

He will have bilateral meeting with the Japanese Foreign Minister in Tokyo as well as addressing to Ireland Japan Chamber of Commerce in Tokyo and Osaka.

The Laois TD will also deliver a lecture at the Japan Institute of International Affairs address Japanese media at Japan National Press Club.

There will be hopes in the minister's native county that he can drum up some interest among Japanese firms in Laois which, by some distance, as the lowest level of IDA backed jobs and investment of any county in Ireland.