Fast food magnate in the running for key Portlaoise landbank 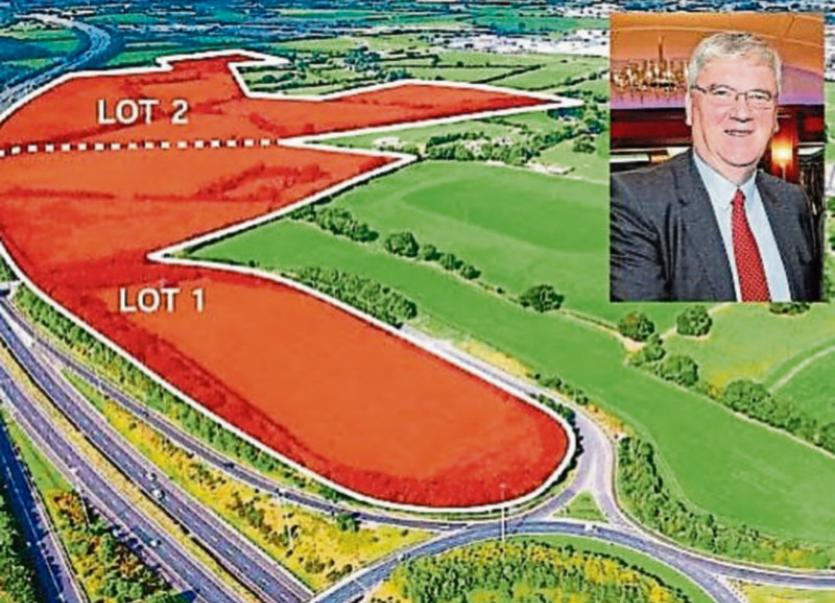 One of Ireland's most successful homegrown businessmen, Pat McDonagh is at the front of the queue to buy a key piece of investment land on the outskirts of Portlaoise.

The Leinster Express has learned that a due diligence process is being carried on Mr McDonagh's behalf, ahead of the possible purchase of the land at Togher.

The process has been under way for up to a month, following a bid submitted by the Galway-based businessman.

Mr McDonagh declined to confirm or deny his interest in the NAMA controlled land when contacted by the Leinster Express.

If he does turn out to be the buyer, it represents further proof that Portlaoise is a town worth investing in.

Mr McDonagh already owns the Killeshin Hotel in Portlaoise, which he bought in June 2015, securing 98 jobs.

The site is located just to the south of the Togher Interchange. The 109-acres value is boosted by the fact that it is loacted right beside the M7.

The site was placed in receivership and put up for sale at a guide of €2.2million late last year.

News that a sale was imminent emerged at a recent Portlaoise Municipal District meeting.

“The buyer has money to invest. It wasn’t bought to graze cattle,” said Cllr Willie Aird.

The Togher land was earmarked back in the early 2000s by Laois County Council as an ‘Inland port’ because of its proximity to rail and motorway, as a ideal base for businesses, motorway services and corporate headquarters.

The local authority had invested in infrastructure on the site in the hope it would be developed, but instead it was left idle before being put on the market last year.

The site is directly accessible from the motorway and Clonminam.

It remains to be seen what impact the sale of the land will have on the council's vision for the site.

The land stretches alongside the motorway from the Midway, back towards Clonminam in Portlaoise.

Currently farming land, it includes a two storey farmhouse, and was offered for sale in one or two lots.

It was for sale by instruction of McStay Luby Statutory Receiver of TK Contract Systems Limited (In Receivership), jointly by Hume Auctioneers Portlaoise, and Colliers International.

A planing application to develop a motorway services stop near the site failed during the boom.