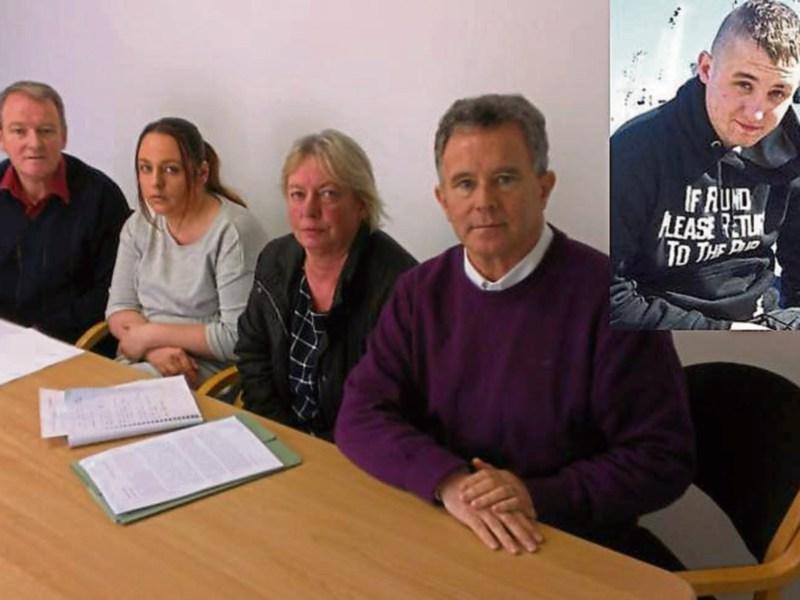 The death of a young Durrow man in Kilkenny is set to be referred directly to the Garda Commissioner after the Minister for Justice refused to intervene directly in the case.

Kieran Monaghan was aged 21 when he died from a stab wound in the city at a 2012 St Valentine's night party.

To Kieran's family's dismay nobody has every been prosecuted for causing his death.

But last week Laois TDs Sean Fleming and Brian Stanley decided to ask the Tánaiste and Minister for Justice, Frances Fitzgerald to intervene.

A response given in the Dáil on her behalf said that Minister Fitzgerald did not have the power to act.

“Criminal investigations are properly dealt with by An Garda Síochána in the first instance and the Tánaiste has no role in particular investigations. It must be also stressed that the Director of Public Prosecutions is an independent body, who makes decisions as to whether or not a person should be prosecuted and for what offence.

“While the Tánaiste appreciates the ongoing distress of the family and friends in the aftermath of this tragedy, it is not open to the Tánaiste to intervene in relation to the DPP's decisions in individual cases,” said the reply.

“I intend to write to the Garda Commissioner for an entirely fresh investigation because we don’t think the matter was properly investigated on the night and the immediate aftermath,” he told the Leinster Express.

Both himself and Sinn Féin TD Brian Stanley believe a senior garda from outside the Carlow Kilkenny division must be appointed.

“What I asked for in the Dáil is to have a garda investigation re-opened and to be carried out by a senior officer outside the division. The senior officer should look at all aspects of the case and the incident which led to the death of Kieran,” he said.

The family were angry at the Minister's refusal to intervene. They feel Kieran has been treated as the criminal and not the victim by the authorities.

His mother Mary can remember the last words she spoke to her son.

“I said don’t get into trouble. He said I won’t mam. They were the last words I ever spoke to him,” she told the Leinster Express. See page 14