Women robbed and bags snatched by thieves in Portlaoise

Crime on the streets of Laois 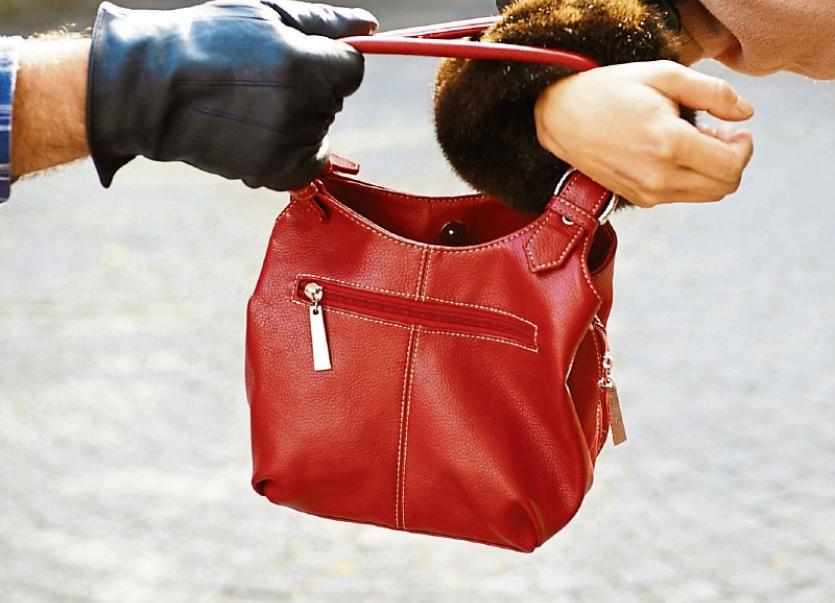 The women, a mother and daughter, were walking along Railway Street at approximately 8pm on Friday, February 24, when two males approached them and grabbed a handbag belonging to one of the women.

The thieves then made good their escape.

Neither of the women was injured in the incident, but a garda spokesperson has said they were fairly shaken up by the incident.

The gardaí are checking CCTV footage from the area and are following a definite line of inquiry.

Anyone who may have seen anything is asked to call the garda station.

In a separate incident, a woman had her handbag stolen the previous weekend in broad daylight in the car park of a Portarlington supermarket.

Cash, jewellery and bank cards were all stolen, when the handbag was snatched in a matter of seconds in the car park of Aldi on the town’s Main Street, just before 1pm on Sunday, February 20.

The woman had left the handbag in her car while she returned to the store for something, and when she came back the thief had already fled with her possessions.

Gardaí are also appealing for witnesses following the attempted robbery of a handbag at Bridge Street, Portlaoise last Monday, February 20.

The incident occurred when a woman walking home at 11.15pm was assaulted from behind by a man, who attempted to wrest her handbag from her.

A struggle ensued and the woman sustained injuries to her face and mouth, before the would be robber fled on foot. The woman, who is in her 20s, managed to hand onto her bag.

If anyone saw anything that can help the gardaí, they should call Portlaoise Garda Station on 05786 74100.