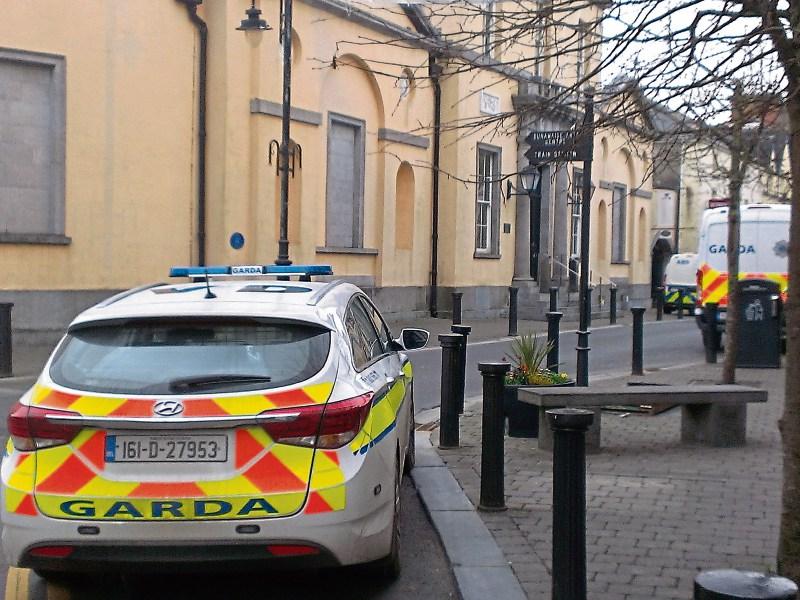 You don’t mess with the women of Portarlington, said Judge Keenan Johnson, praising two residents of the town who fought off the same armed robber on two different dates.

Today’s (Wednesday, March 1) Portlaoise Circuit Court heard that Kenny Lyons (29), Arlington Estate, Portarlington, was chased off by one woman brandishing a rolling pin on October 26, 2015, and warded off by another woman in December of that year who hit him with her shopping bag. On both dates he was armed with a knife and attempting to gain money to pay a drug debt.

Garda Paul Dooley gave evidence, with State prosecutor, Mr Will Fennelly, that on October 26, 2015, the accused entered Slevins Shop, Bracklone Street, Portarlington, with his face masked and his hands covered with socks. He was carrying a knife with a nine inch blade and when the female shop assistant saw him she fled the shop in terror, running outside and falling onto the roadway where she began screaming and shouting for help.

Upon hearing the screams, a catering woman working at the rear of the shop came out holding a rolling pin, at which point the accused fled the scene.

Garda Dooley said that Lyons was a known drug user who owed “a large drug debt”.

In a victim impact statement, the female shop assistant who fled the shop said she still suffers with nightmares from the incident.

The accused committed the offence while on a suspended sentence and was then granted High Court bail. After getting bail, he next went out and tried to rob a woman on December 21, 2015.

Detective Garda Derek Barnett gave evidence that the injured party was walking home when the accused attacked her with a knife in his hand. The woman had headphones on listening to music and when confronted by the accused, she struck him with her shopping bag.

Det Barnett said that the injured party used to take a long route home when getting off the train, but that has stopped since the attempted robbery. She now walks on the opposite side of the road and is constantly looking over her shoulder.

The accused had 62 previous convictions.

Taking the witness box, Lyons told the court that it was easy to get drugs in Portarlington.

“Like walking to the shop to get a packet of fags,” he said.

He also told the court that the first time he smoked heroin was in prison.

Judge Johnson said he needed time to consider the case and put the matter back to March 10.

“I want to compliment the female population of Portarlington, they’re clearly not people to be tangled with,” said Judge Johnson. “They’re able to defend themselves admirably.”