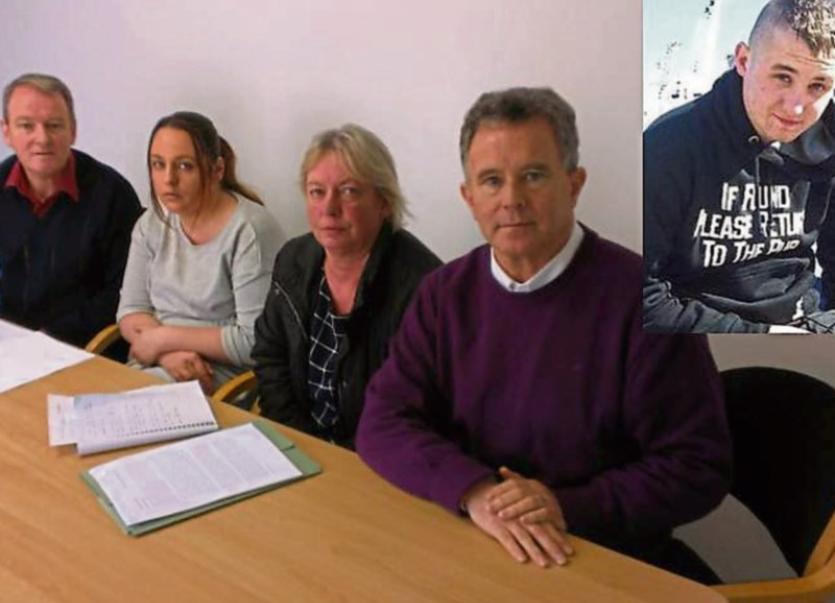 The Monaghan family from Durrow say they will not give up campaigning for their son and brother Kieran, despite the refusal by the Minister for Justice to intervene in his case.

Kieran ‘Mono’ Monaghan died from a single stab wound to the chest in an incident at a St Valentine’s night party in 2012 at an apartment in Larchfield Court, Kilkenny.

On the night he went with two others to a party. An incident occurred at the party which led to a series of events which culminated in Kieran’s death due to a single stab wound.

But some four years on the family are still seeking answers and believe Kieran has been treated like a criminal and not a victim.

While an individual was found at the scene with a knife in his hand, the Director of Public Prosecutions (DPP) has told the family that no prosecution can be taken because of a law which allows for self defence in the event of someone's property or life being threatened.

But Kieran's family do not accept this version of events. From the questioning and detention of the person alleged to have stabbed Ciarán to the use of the Defence of the Dwelling Act to decide against prosecution, the family say there are too many unanswered questions.

They believe the case should be reopened and a new investigation carried out by a garda officer from outside the Carlow Kilkenny Division.

They say there were several people at the party but only a handful were questioned by gardaí. They say accounts of what happened have changed. An example is that Kieran’s body was found outside the flats but the DPP has confirmed he was killed inside. They also claim that it took Kilkenny gardaí a week to arrest some of the key witnesses.

The Monaghans are adamant that the Defence of the Dwelling Act should not have been used a reason not to prosecute. They say the law was designed in the wake of the Padraig Nally case. The Mayo farmer shot and killed an intruder who had intended to rob from him.

The family are open in saying that Kieran had his troubles and had been in trouble with the law. His mother Mary said her son had just completed a prison sentence shortly before he died.

“Kieran was no angel but he had changed a lot when he came out (of prison). He had gone to school in prison and had done a computer course and got a distinction. We got the results after he died.

“Kieran had problems over the years with drink and drugs. But we got the toxicology report stating that on the night he died he had no drugs in his system and very little alcohol,” she said.

Susan Monaghan, Kieran’s sister, says the family need to know the truth to get closure.

“How do you move on, how do you get closure. How do I explain what happened to my children. My seven year daughter said last week Keebo (Kieran) is dead, how did Keebo die? I have to look at my parents every day and see the pain that they are going through. Kieran was a lot of things but he didn’t deserve that,” she said.

The Monaghans believe the truth will only come out in a court of law.

“All we want is justice and our day in court - that is all we want. We want the truth. I come into the Leinster Express every year to put his anniversary notice in the paper and it breaks my heart. But we are not going away,” said his mother.

The family believe the authorities just want them to forget the case but Kieran’s father James says this will never happen as long as nobody is charged.

“I will never go away. Why should Kieran get ripped for everything. When you are dead you get the rap.