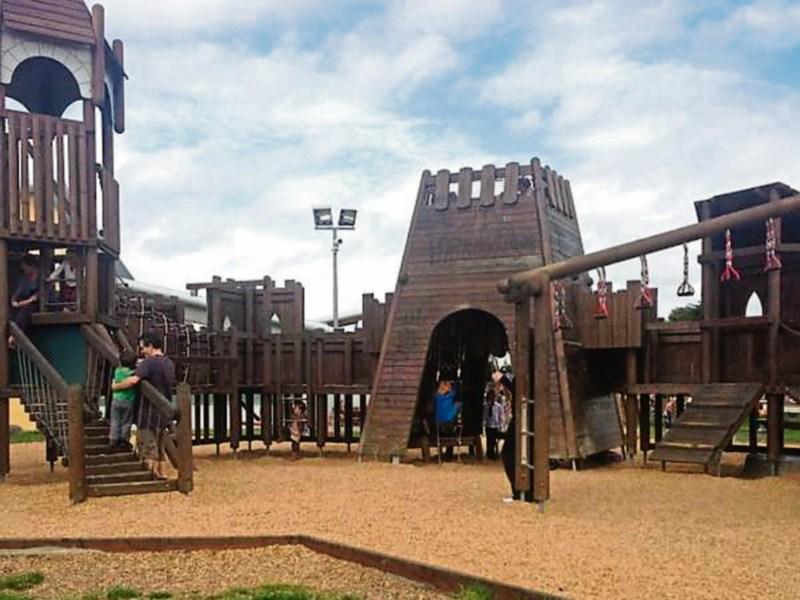 Laois' busiest playground in Portlaoise has been missing it’s main item for eight months, but a replacement is on the way.

There were reports of drug abuse and loitering in hidden areas of the wooden fort which forced its removal.

A new unit was promised to come in September.

Sports officer Ann Marie Maher said at the time that anti social behaviour was “not the main reason”, but that it needed to be refurbished after nine years, adding that the area had to be cleared to “see what space there is”.

Last week on hearing a replacement was on the way, Cllr Willie Aird, placed the blame on anti social behaviour.

“People spent a huge amount of money on that ship, it was enjoyed and adored. It had to be taken out for one reason and one reason only, anti social behaviour by a very small group of people. We have to stamp this out and show authority. Those people beat us on this. It’s terrible to think there’s small kids growing up who would have enjoyed this, it’s damning on society,” he said at the February council meeting.

Cllr Noel Tuohy welcomed the coming of a new feature.

“The last one was not ideal for various reasons. We have the skatepark, and the ship for younger children, but in the middle they have nothing. As the weather gets better, there will be hundreds of kids using it, it’s money well spent,” he said.