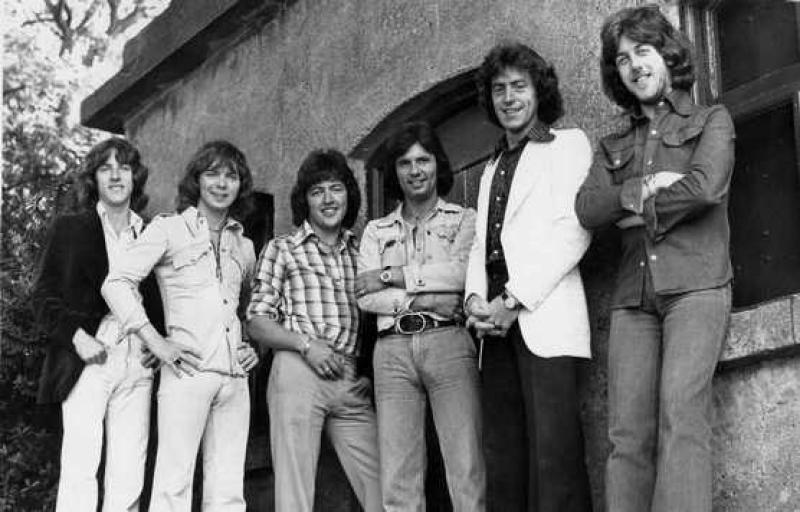 The last official photo of The Miami showband.

A survivor of the Miami Showband Massacre, Stephen Travers, with Eugene Reavey, brother to three murdered Armagh footballers, will bring their powerful Truth and Reconciliation Platform event to the Dunamaise Theatre this Monday March 20 at 8pm.
Five speakers who survived terrorists attacks, or whose loved ones were killed during the troubles, will take to the stage to speak about their experiences and loss.

“We take people from both sides of the community who have suffered from violence, to wake people up to those consequences,” Mr Travers told the Leinster Express.

He was a bass guitarist aged 24 with the Miami Showband, when their bus was stopped in the north at a military checkpoint. A bomb blew up as it was being placed inside by the soldiers, who were really part of the UVF, and he lay injured on the ground as the soldiers shot each of his bandmates.

He believes Brexit could lead to further violence.
“The minute a soldier stands on the border with a gun again, a dissident republican will shoot them, or loyalists could bomb London or Brussels if they feel they've been sold out,” Mr Travers said.

A panel will include The Wolfetones' Brian Warfield, Sky TV's Gary Hunniford, and Fr Gary Donegan.

The Truth and Reconciliation Platform was formed a year ago, with Mary McAleese chairing the first event, it has received support from across the political spectrum, including from Minister Charlie Flanagan. It will continue to Capital Hill in Washington later this year.