29-year-old at a very high risk of reoffending 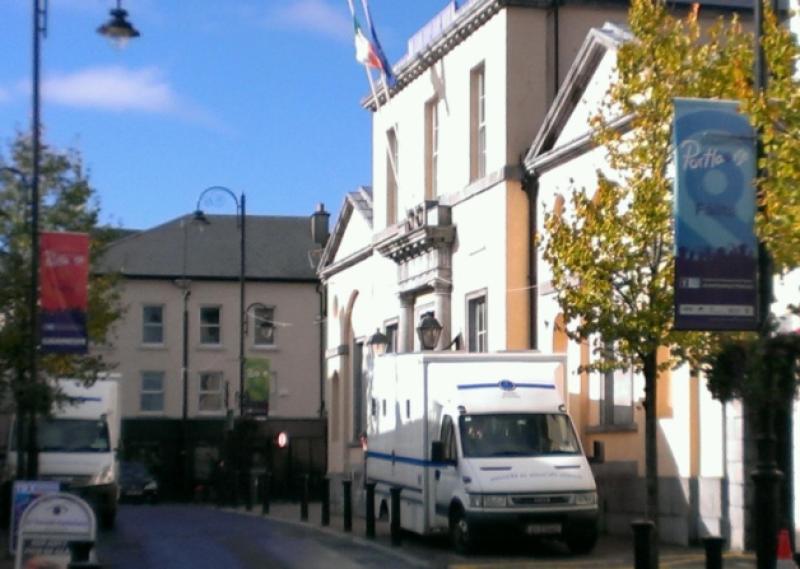 A Portarlington man who tried to rob two separate women with a knife has been sentenced to eight and a half years in jail, with the final four years suspended on strict conditions.

“It is clear the accused is not a person to be trusted,” said Judge Keenan Johnson today (Friday, March 10), in the case of Kenny Lyons (29), of Arlington Estate, Portarlington, convicted of two attempted robberies.

The circuit court heard that on October 26, 2015, the accused entered Slevins Shop, Bracklone Street, Portarlington, with his face masked and his hands covered with socks, carrying a knife with a nine inch blade. A female shop assistant fled the shop in terror, running outside screaming and shouting for help.

Upon hearing the screams, a catering woman working at the rear of the shop came out holding a rolling pin, at which point the accused fled the scene.

The accused committed this offence while on a suspended sentence and was then granted High Court bail. After getting bail, he next went out and tried to rob a woman on December 21, 2015.

The injured party was walking home from the train station after work when the accused followed her, attacking her with a knife in his hand. The woman had headphones on listening to music and when confronted by the accused, she struck him with her shopping bag.

State’s evidence, given by Garda Paul Dooley and Detective Garda Derek Barnett, said the accused was a known drug user who owed a large drug debt.

The accused had 52 previous convictions.

In sentencing, Judge Keenan Johnson said it was clear each of the victims had been terrorised as a result of the accused’s criminal behaviour. The fact that the second offence was committed while the accused was out on High Court bail made it clear the accused is not a person to be trusted, said the judge.

A probation report on the accused had listed him at a very high risk of reoffending.

On one count of attempted robbery, Judge Johnson imposed five years and six months; on the second court, which the judge said must run consecutively, the judge imposed three years.

Of the total eight years and six months imposed, the judge suspended the final four years, on condition the accused enter into a peace bond for four years; he remain under probation supervision for two years post release; he refrain from consuming alcohol and illicit substances for four years; and he complete residential treatment for his drug addiction.

The sentence was backdated to December 23, 2015, the date the accused went into custody.

Judge Johnson praised both women who defended themselves and chased off the accused.

He also commended both Garda Dooley and Det Barnett for their excellent detective and police work, in particular Garda Dooley, who exercised great bravery in giving chase and arresting the accused after the attempted robbery of the shop.