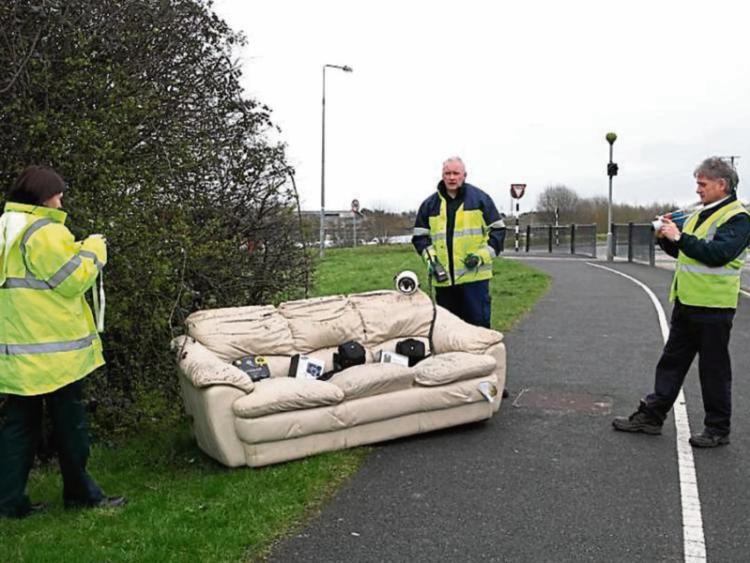 Dog owners are letting their dogs foul in the cemetery, according to Portlaoise councillor Noel Tuohy.

“It doesn't get any lower than that,” he said, in supporting a call for extra staff to be deployed to combat illegal dumping.

Cllr Tuohy said the problem tied in with dog fouling.

“Let your dog do its poo and dump stuff. People seem to pick out the worst area, I have seen dogs in the cemetery,” he said at the February meeting of Portlaoise Municipal District.

Portlaoise councillor Willie Aird has asked the council to employ or redeploy extra staff to deal with “the growing problem of illegal dumping”.

“I have never seen anything as bad. You can do all you like with cameras and fines, it’s an awful thorn to see the amount of litter everywhere, at no fault of the council, the lads there are working flat out, but they need back-up,” Cllr Aird said.

“I have got as many phone calls, over three a day every day since Christmas. If we allow this to continue, it will become the norm, we have to stop this, it’s costing us money,” he said.

The council’s environment section said that the “matter is being investigated” and a response will be issued.

“Kathleen O’Brien the Lord have mercy on her, came on it every week. It must be costing the council a fortune,” she said.

She reported that Fairgreen residents are cleaning up dumped litter and putting it in their own bins.

“But you can’t fit a couch in a bin. God be with the days the council collected the refuse. Now it’s privatised, and the council is still picking up the bill,” said Cllr Dwane Stanley.

The Cathaoirleach Cllr John Joe Fennelly wants a survey of how many Laois households pay for bins.

“I know people go to the dump directly, but there is a large number who have no bin or fob. Could we contact companies,” he suggested.

“The council could purchase a weight and time, instead of spending money going around checking bags for identification. It might alleviate the problem. The way we are working is not getting rid of it. It will be done at night, or by strangers coming to Laois,” he said.

The problem of dog foul on Laois footpaths is also being highlighted by council environment employee Joe Kelly, by taking photographs of what he meets on his job.

“Clean up after your dog and throw it at kerbside, what do the public think council employees are, have people no civic pride,” he asks.

Meanwhile 25 out of the 46 recycling banks in Laois are being replaced with ‘simply gorgeous’ new models, according to Laois County Council’s environment section, which expects more people to make use of the new banks.

The remaining sites at less busy locations will be phased in over the next two years subject to resources.