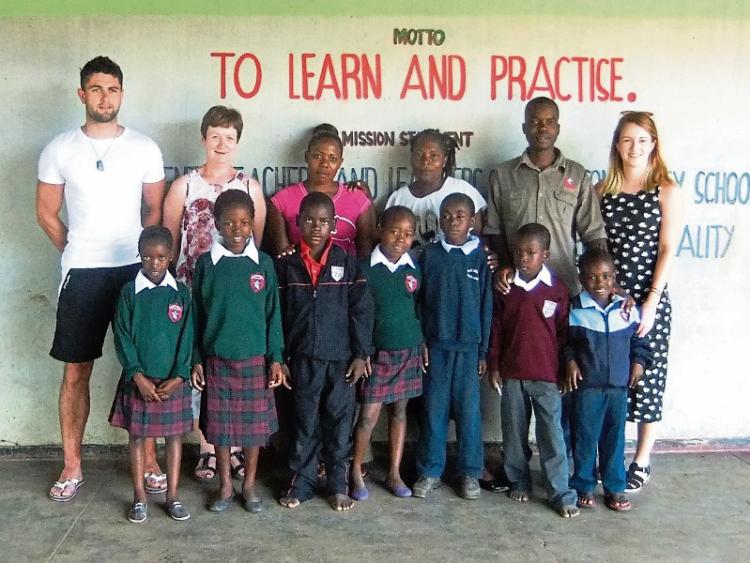 St Mary's CBS teacher Deirdre Carroll has been a part of the Zambia Immersion Project from its beginning in 2002 by the Christian Brothers.

It was started to link the students of their 'first world' Irish schools to the network of Christian Brothers’ schools in Zambia.

“Having worked in Zambia for a year when I finished college, I was offered a chance to go on the initial mission to set up the project with Willie Quinlan and Katrina Foley in 2002. We spent ten days in Zambia and returned home hugely enthused with the idea of immersing the students of Portlaoise into the Zambian culture to create a first hand awareness of how other people live versus the usual donations of money,” she said.

That first trip brought seven students to Zambia in early 2003, and the Portlaoise school has been travelling to Livingstone more or less biannually since then.

Fundraising is an important part of the project, involving hard work by the students who must each raise €1,000 that cannot come from their parents, to give every participant an equal chance at going.

“”We ran a rigorous application process, over 70 students applied). We brought sixteen fantastic young men. Their hard work, open hearts and cheerful good humour ensured that the project was a startling success.

“As one student Cian Crossan noted, “It means more to go out and play football with them, than just sending out a football.” This captures what the Immersion is about,” said Ms Carroll.

The boys taught in three primary schools, took turns in attending a travelling health clinic and spent their afternoons with the orphans of Lubasi.

“The students of St Mary’s CBS are very lucky that such a rewarding project happens in their school. Thanks to leaders Seamus McWey and newcomers to the project such as Sarah Williams, Mary Murphy and Geoff Brennan, this marvellous opportunity will be on offer to many more in the years to come,” said Ms Carroll.