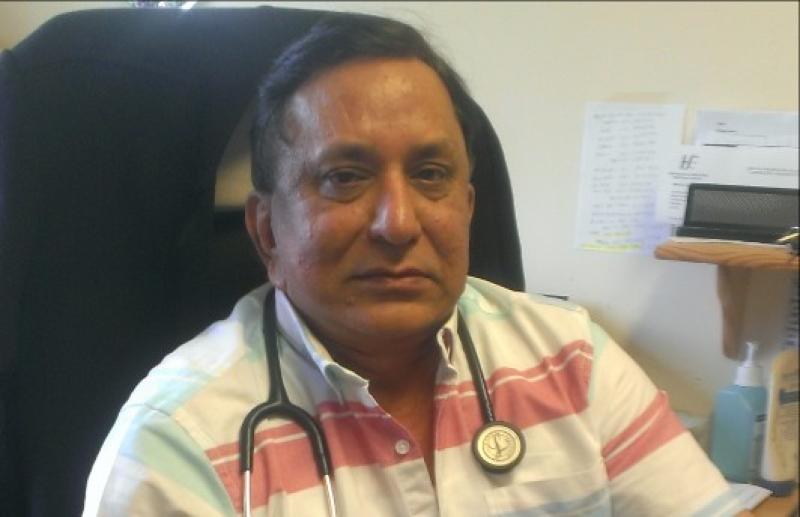 Dr Ashfaq Ahmad, who wants all Laois households to write a protest letter to the Health Minister.

A Portlaoise GP is calling on people power to save the local hospital, with a suggestion that every household in Laois write a letter to the Minister for Health.

Dr Ashfaq Ahmad, of the Kilminchy Medical Centre in Portlaoise, believes that only a democratic display of mass written protest can save the Midlands Regional Hospital from closure.

“Please, every household, write a letter, because when you write a letter, this is a democratic country, it will have an effect, otherwise it won’t take too long to close this hospital and we’re going to lose such a beautiful facility,” he told the Leinster Express.

Dr Ahmad said that it is certain that the hospital will be closed, and the best form of protest is for every home in the county to write a strongly worded letter to Minister Simon Harris.

“I suggest every household writes a letter to the Health Minister explaining how important this hospital is, and if there’s any problem in the hospital, or any department, it does not mean we should close that department, we will need to fix it,” he said.

As part of his efforts to save the local hospital, Dr Ahmad even made an offer to the HSE to buy the facility last year, but was refused.

He revealed to the Leinster Express that acting with the backing of a number of investors, he approached the HSE to discuss the possibility of purchasing the local hospital to ensure that vital services are retained.

However, the HSE rejected the proposal, saying: “The HSE has no plans to sell or lease any of its hospitals to the private sector to operate as a private hospital.”