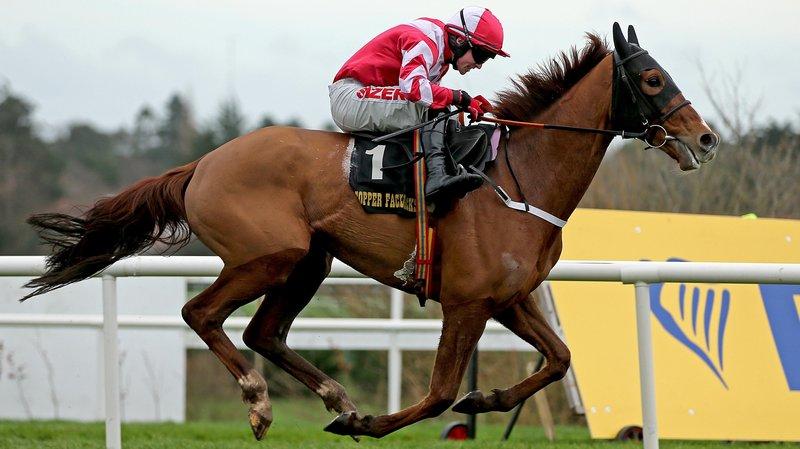 There is a big Portlaoise connection in Cheltenham this week and one of the horses involved is sure to have some divine inspiration at the famous festival of racing.

All going to plan Acapella Bourgeois will be in the shake up in the final furlong of the the Grade 1 RSA Novices' Chase which jumps off at 2.10pm on Wednesday. The seven-year-old chesnut is owned by the Slaneyville Syndicate which has as one of its members none other than, Msgr John Byrne, Portlaoise's Parish Priest.

Msgr Byrne, a big racing fan and sometimes tipster, owns the horse with fellow family members and others from his home town of Tullow in Co Carlow.

The horse, which is trained by Sandra Hughes and ridden by Roger Loughran, is third favourite in the race. The French bred gelding has accumulated over €95,000 from his five wins and three places.

The horse produced a remarkable front-running performance to win the Ten Up Novice Chase at Navan in February.

"The ground is a big key to him. He just goes on really heavy, testing ground. His jumping was superb and he showed how good he is," said Ms Hughes in Navan.

Asked if she could have a potential Gold Cup horse on her hands, the trainer added: "Possibly. He's very, very good. We knew that when he went chasing he'd show how good he was".

Meanwhile, there are also believe to be Laois connections to Pergrine Run which runs Coral Cup Handicap Hurdle Grade 3 race at 2.50pm. Ollie Dunne from Portlaoise's Ballyfin Road is understood to be involved with the seven-year-old bay gelding which is trained by Peter Fahey.