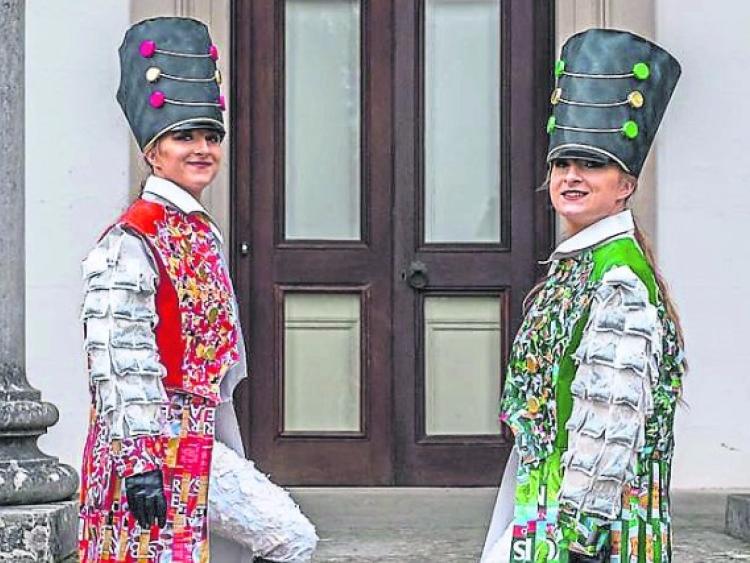 Three stunning designs by Laois students have been selected for the Grand Final of the 2017 Junk Kouture competition.

All three finalists are from Scoil Chríost Rí girls secondary school in Portlaoise, who had eight entries in the Southern Regional Final, held last Friday March 10.

The Grand Final takes place in the 3Arena in Dublin on April 14.

Vior Viking is made from wood that was carved, cut, shaved, sanded or turned to sawdust, by Ellen Delaney and Alyssa McCann (model).

It is the fifth year for Chriost Ri to take part, and in total seven outfits have made it to grand finals, with 'Pop Art' last year in the final top 12 in Ireland. Their art teacher is Jayne Louise Kelly is thrilled for her students.

“They have all been working so hard since September on their unique and wonderful Kouture creations. Their commitment, enthusiasm, creativity and support towards each other has been inspiring," she said.

Two other Laois schools also took to the catwalk in Limerick, but were not selected for the final. 'Sports Warrior' was by the Mountmellick CS team of Tiegan Dunne, Orla Delaney and Chloe Maher, and 'Mother Nature' was created by Mountrath CS students Patricia Lalor, Aimee Collier and Andrea Kirwan.

Junk Kouture is sponsored by Bank of Ireland, to foster design skills and environmental awareness, by inviting students across Ireland to create wearable couture from recycled materials.

Twenty finalists were selected from north, south, east and west, and the eighty will take to the 3Arena stage in front of celebrity judges like Louis Walsh and Una Healy,  with live music performers also performing on the day.

Prizes include €2,500 for the winners, as well as a trip to Cannes Film Festival, iPad Minis and art college scholarships.