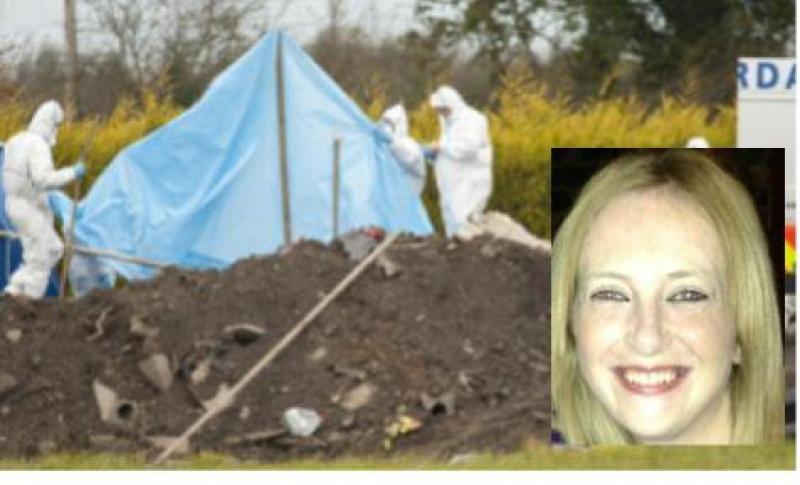 Aoife Phelan's body was discovered buried in a barrel at Capoley, Portlaoise.

The heinous murder of Ballyroan woman Aoife Phelan in 2012 features in the first episode of a new TV series this week.

The series entitled 'Fir, Marú agus Grá' tells the stories of crimes against women in Ireland. Episode one examines the killing of Aoife by Robert Corbet in the Portlaoise area.

Nearly two weeks after she was first reported missing by her family, Aoife’s body was discovered in an oil barrel buried 10 feet underground on Corbet’s land on Portlaoise's outskirts.

The programme's producers say the series revisits the often turbulent relationships that preceded the crime and examine the evidence and testimonies that were crucial in successful prosecution.

The makers, Midas Productions, said the Phelan family have not taken part in the half-hour long episode. The producers said a request was made to the family via the gardaí to take part but there was no response. However, a family member has contacted the Leinster Express stating that neither the gardaí or the producers were in touch. They said they only found out about the upcoming broadcast last weekend.

The producers said the programme is largely based on court reports from 2014.

Corbet was found guilty in the Central Criminal Court in 2014 of the murder of Aoife. The two had been in a relationship. The 25-year-old from Sheffield Cross pleaded not guilty to her murder.

However, he has admitted her manslaughter between October 25th and November 7th, when her body was found in a barrel, buried on the murderer's home at Capoley, near Portlaoise.

During questioning Corbet claimed to gardaí at the time that he snapped and punched Aoife shortly after she threatened to ruin him if he walked away from her and her pregnancy.

After killing Aoife and burying her body, Corbet went to America though he eventually returned voluntarily following a request from Gardaí and others.

During the court case, Corbet said Aoife had told him that she was pregnant with his baby. He said he collected her in his jeep on the night of October 25, 2012.

“She started to get pushy about not being in a relationship. I just snapped,” he told the court. “When I came round, she was unconscious.”

He said he hit her with his fist on the side of her head four or five times.

“I completely lost it,” he said. “Then I stopped and stared at the windscreen and just closed my eyes...I can pack a punch when I’m angry,” he said.

At the time he told the court that he then drove up and down the road and then went home.

“I went into the house and got two black sacks,” he said.

Gardaí located her body after extensive searches in the Portlaoise area and beyond. The Garda Sub-aqua Unit was called in at one stage to search the River Barrow beside the M7 motorway bridge on the Laois Kildare border.

Corbet is currently serving a life sentence for the crime.

An estimated 2,000 people attended Aoife's funeral in Ballyroan. The village came to a standstill as a huge congregation gathered at St Patrick’s Church to pay tribute to her life.

In Ireland, nearly nine in every ten women who are killed are killed by a male known to them. By and large, these Intimate Partner Homicides are usually preceded by physical or mental abuse, controlling behaviour and harassment. The programme makers say separation can also be a catalyst for violence and for women.

The episode will be broadcast this Thursday, March 23 at 9.30pm on TG4.