The Walking Dead on the streets of Portlaoise 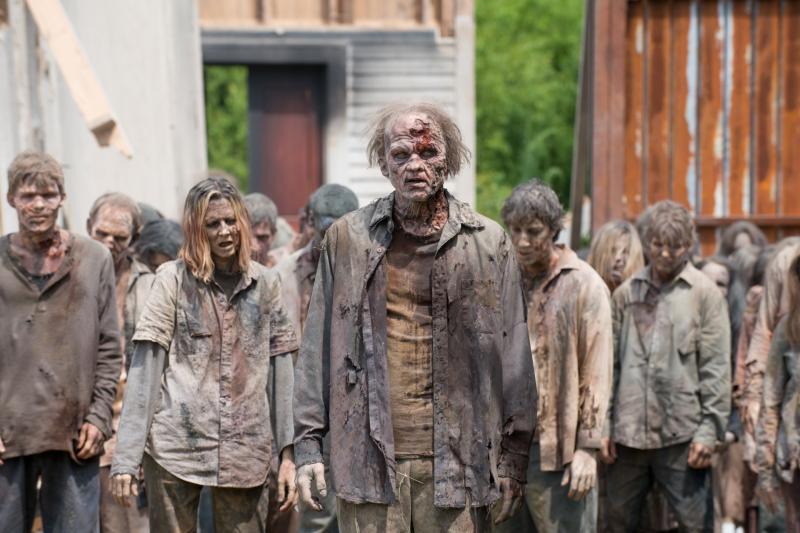 The streets of Portlaoise are like something out of The Walking Dead, with zombies wandering around out of their heads frightening people.

So said Judge Catherine Staines, last week dealing with two separate cases in which young men were so drunk they didn’t know where they were and ended up trespassing on people’s property.

In one case, children were disturbed by a drunk Portlaoise man, who was banging on their back door before he jumped on the children’s trampoline.

“It’s worse than The Walking Dead,” said Judge Staines, ordering both men to pay €500 compensation and write letters of apology.

In the first case, Jamie Holohan (21), 50 Beladd, Portlaoise, entered the curtilage of a house on the Mountmellick Road, Portlaoise, at 8.30am on January 30.

He looked into a downstairs window and was knocking on the back door, disturbing children in the house, who saw him.

When the owner told him the gardaí were being called he jumped on the children’s trampoline.

He was highly intoxicated, and when the gardaí arrived he ran at them with a piece of timber, forcing the gardaí to use pepper spray in his arrest.

Defence, Mr Declan breen admitted his client had been involved in a binge of drink and drugs from 5pm the previous evening. The accused lived in a bungalow and such was his level of intoxication that when he was walking home, he thought he was at his own house and tried the back door of the injured party’s property.

In a separate case, Lukasz Libront (21), 14 Kilminchy Court, Portlaoise, was found in the driveway of a house at Aghnaharna Drive, on January 26.

Defence, Mr Barry Fitzgerald said that his client, a Polish national, at been at a party in the area where he drank “copious” amounts of alcohol and then “drifted into the wrong house”.

Judge Catherine Staines said it was the second incident to come before the court within the last half hour, where a young man had admitted he had drank so much he didn’t know where he was and was “wandering around like a zombie”.

“It’s worse than The Walking Dead, they’re just zombies walking around out of their heads frightening people,” said Judge Staines.