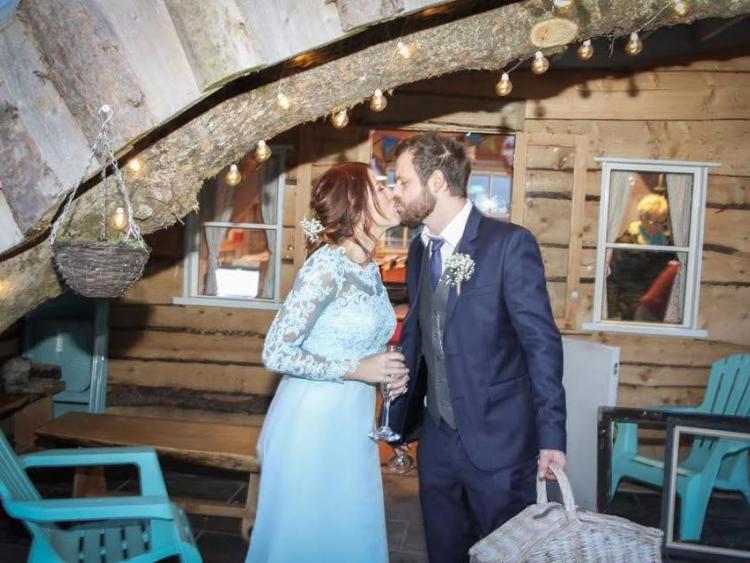 Owners Barry and Kyra Fingleton opened their cool campsite 'Glamping Under The Stars' in Cullenagh, Ballyroan in south Laois just last summer, and were thrilled to be approached by groom Jamie from Offaly, who chose it for a December wedding reception for his bride, on the fun television show.

"We were actually closed for the winter, so it was a lot of work to get it all ready, but they were really such a lovely couple, so we wanted to make it as nice as possible. You could tell he really wanted to create a lovely day for his bride," said Kyra, a Londoner married to local man Barry.

With three children aged 8, 5 and 2, it is a real family business, catering mainly for groups of women looking for a glamorous camping experience, as well as for young families.

"It was our first wedding reception, but we are already getting enquiries about more. A lot of people are interested, but it's the people living nearby us who are nearly more surprised about the business," Kyra said.

The television show featured chef Jamie from Offaly who had €10,000 and three weeks to arrange the dream wedding for his bride, primary school teacher Nikki from Kildare.

As they had met through the dating app 'Plenty of Fish', Jamie used that as inspiration, by dying her dress blue, organising a boat to a lakeside ceremony, and holding the reception in a tent at Glamping Under the Stars, all in the middle of winter.

"He was a really cool dude, he was on our wavelength from the start. I am also a wedding singer, I said that to him and ended up doing an hour's performance at the reception, so it was great publicity for both our businesses," said Kyra.

The campsite offers bell tents, wooden cabins and even a traditional wooden caravan as accommodation, as well as luxury bathrooms, a campfire and a fully kitted kitchen. It reopens for the season on April 7. See www.glampingunderthestars.ie