Graiguecullen leaving Laois would not have saved cash 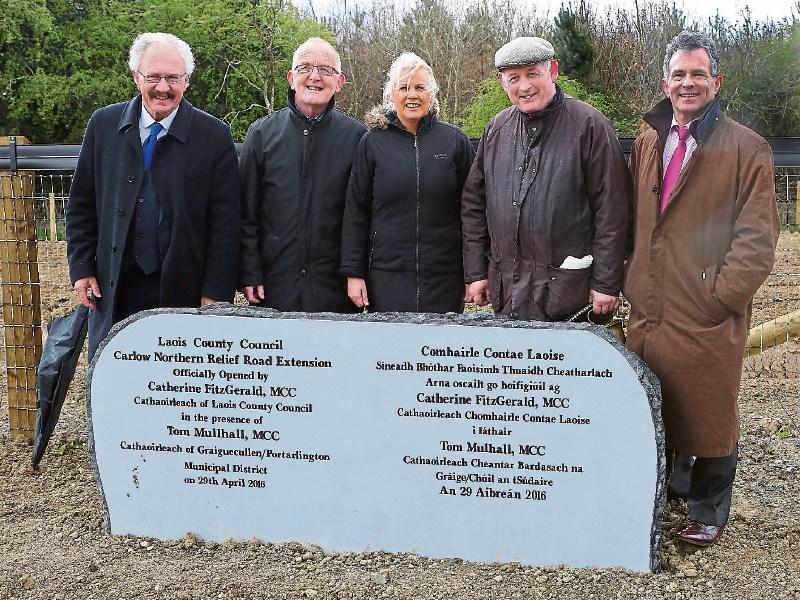 In the wake of a decision to leave Graiguecullen in Laois, Laois County Council CEO John Mulholland has said moving it would not have saved the government cash.

The town on the Carlow border has an overspill of population from Carlow town, and so was put up for a boundary review by the government, to see if it would cost less to give it to Carlow, an idea opposed by Laois County Council and local councillors.

Mr Mulholland, reporting on the decision by the Carlow Boundary Committee to leave the town in Laois, noted that it found that both county councils were already co-operating to run Graiguecullen.

“The committee noted that there is a high level of collaborative engagement between the authorities in the delivery of day-to-day services to their constituent populations. Their view is that there is limited scope, if any, for further efficiencies through a reconfiguration of boundaries,” the council chief said at the February meeting.

The committee noted that both councils have a Joint Spatial Plan in place.

“Importantly they observed significant reform in the delivery of services resulting in increased efficiencies past the financial crisis of 2008/2009,” Mr Mulholland said.

He thanked his own staff and the Laois county councillors from the Graiguecullen Portarlington Municipal District, for making the case to retain Graiguecullen under Laois County Council’s wing.

“I would like to acknowledge the significant role of the elected members at the various meetings on the outcome, as well as acknowledging the staff involved. The committee obviously considered their report in depth,” said Mr Mulholland.

The change would have meant the loss of an estimated €1 million a year in commercial and property rates to Laois County Council.

Cathaoirleach Tom Mulhall said it would have been “ludicrous to give away a population of 5,000 people”.

“After the amount of infrastructure Laois County Council put in. It was a huge well structured submission from the council,” he said, thanking management and staff for their efforts.

“There's no way it should have even come up. There is still a no-mans land in Grai guecullen, because parts of it are in Carlow. The Barrow is the natural boundary,” added Cllr Ben Brennan.