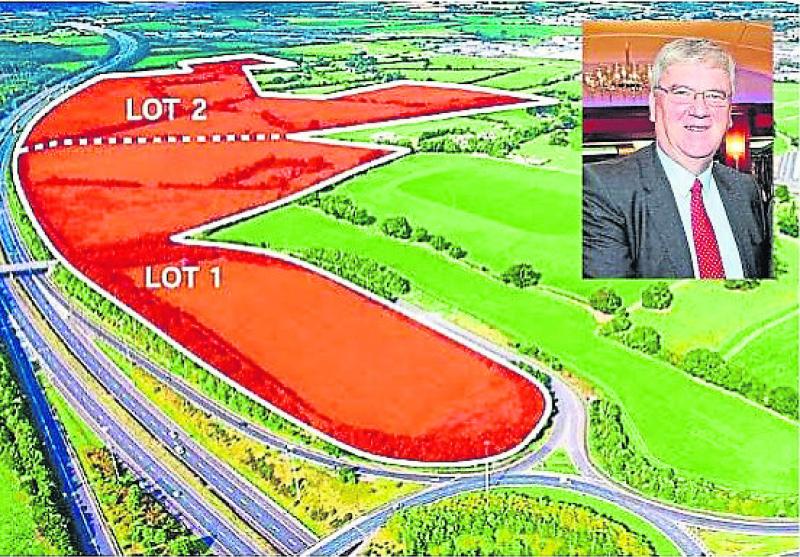 Laois County Council has entered into a land deal with one of the country's most successful businessmen to attract jobs and investment to Laois.

The Leinster Express exclusively revealed last month that Pat McDonagh, owner of the Supermacs fast food chain and the Killeshin Hotel, was on the verge of buying a 109-acre prime site at Togher, on the outskirts of Portlaoise, from NAMA.

It is now understood that the sale has gone through and Laois County Council has entered into a deal with Mr McDonagh to buy most of the site back to attract jobs and investment.

The Leinster Express understands that the entire site has been purchased for €3.25 million but the council is to buy in the region of 70-acres from Mr McDonagh at a price of €1.7 million.

The matter was discussed this week in a private meeting between councillors and council management. The next step will see the local authority's chief executive John Mulholland seek the approval from councillors for a €2 million loan to finance the promotion of the site to attract business to Laois.

The issue is set to come before next Monday's meeting of Laois County Council.

The Leinster Express understands that Mr Mulholland and other officials met with Mr McDonagh, after it emerged that the Galway man had lodged a sucessful bid to buy the land.

The site is beside the M7 motorway close to the Togher Roundabout on the Abbeyleix side of Portlaoise. It had formed part of a longstanding public private project involving the council and local business but this plan stalled during the property crash.

The original plan was to develop a Midland Port on the land. This would include a variety of business. especially in the transportation and distribution sector.

Mr McDonagh was unavailable for comment when contacted by the Leinster Express.

Laois County Councillor, Cllr Brendan Phelan, welcomed the deal as a "very exciting" development which promises to bring badly needed jobs and development. He complimented the efforts made by Mr Mulholland to get the project across the line.

The property was originally put on sale last November by receiver McStay Luby at a guide price of at €2.2 million. Speaking at the time Mr Mulholland said the council wanted to stay involved.

“The council will obviously have a big say in the future of that land holding. It has excellent potential, and it is very competitive, as regards land prices and business rates,” he told the Leinster Express.

A ‘masterplan’ brochure published in 2010, envisaged that as a major hub with road and rail access to all parts of the country would be developed on the site. The council invested money to both service and promote over the past decade and half.

The site is directly accessible from the motorway and Clonminam.