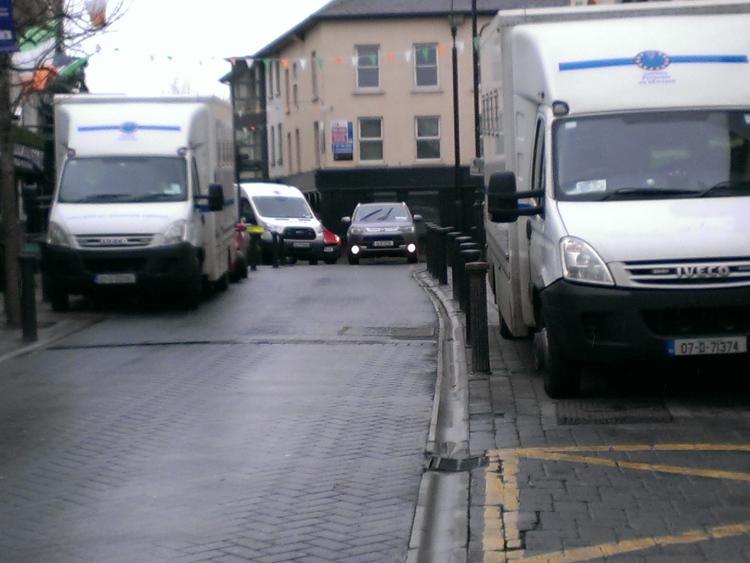 A Portlaoise man who was drunkenly fighting with his shirt off in the street has been directed to complete alcohol awareness and make a donation to the local Tidy Towns group.

Before last week’s sitting of the district court was Stephen McCarthy (25), Portlaoise.

Inspector Maria Conway gave evidence that on January 16 this year, the gardaí attended at the scene of a fight in Top Square, Portlaoise, at just after midnight.

The accused, naked from the waist up, was shouting at another male and throwing a number of punches.

Defence, Mr Philip Meagher said that on the day, the accused had gone out to a public house in the lower square to watch a match and had up to seven or eight drinks.

At the end of the game, another man in the pub accused McCarthy of taking his phone, an allegation which Mr Meagher said was totally baseless.

A number of men got involved and the accused and his friend left the pub, only to encounter another group of men who had been contacted by the first group.

Mr Meagher said that his client suffered a number of injuries in the ensuing altercation, and his shirt was removed by others in the course of this.

He continued up to the Top Square where he saw the gardaí, but he then saw a number of men from the other group and he went over to take up the matter.

Judge Catherine Staines told the accused to complete the Athy Alternative Project for alcohol awareness and put the matter back to June 1 to deal with sentencing.

The accused was also told to pay €1,000 to the Portlaoise Tidy Towns group.