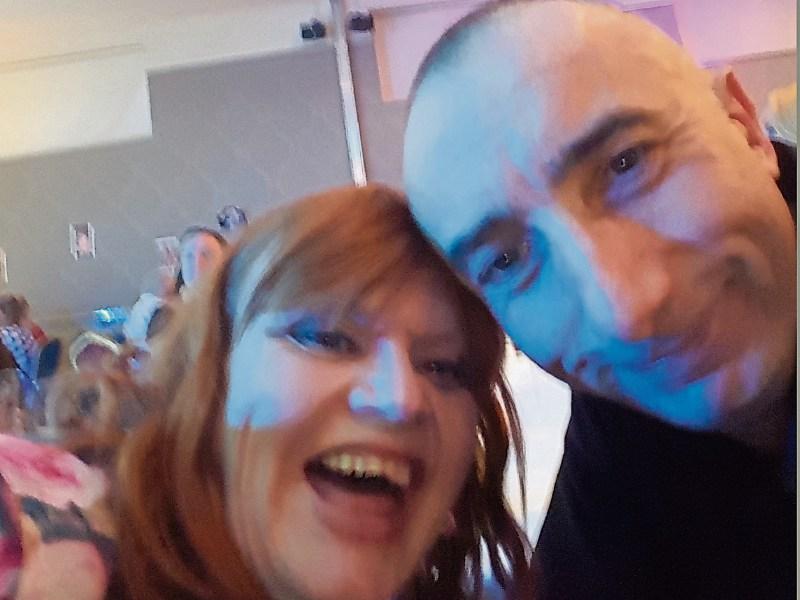 A Laois husband is showing what true love really can mean, as he prepares to go under the knife to give his wife a kidney.

Mark and Susan Gilnagh who live in Ballybrittas with their four teenage children, are to undergo double surgeries in April in Tallaght hospital, to give Susan a chance of a fuller life.

It is a huge gesture by Mark that up to now, Susan also said no to.

“It’s such a big thing to do. If anything went wrong one of us might not come out. But we think it’s the right time now, the kids are so much older,” Susan told the Leinster Express.

She was diagnosed with kidney disease 15 years ago in 2002, following her youngest daughter’s 6 week checkup.

Her mother also had kidney disease. Susan managed to stave off dialysis treatment for many years thorough medical supervision, medication and maintaining a healthy lifestyle.

She had to start home dialysis, CAPD, a year later, a tough schedule with four children under 6.

“Then in 2005 at 4am I got the call from the Transplant Coordinator there was a kidney available for me. You don’t have time to think, you just get to that hospital. Mark was with me the whole way through diets and pain and sickness and hospital visits,” she said.

She always thinks about the donor, and the family who made the difficult decision, at such a tragic moment, to donate his organs.

“You constantly think of that family. That man saved me and several other people. We wrote a thank you card, but we think about them every day. It gave me a good couple of years,” she said.

In 2013 sadly her new kidney failed, and she went back on home dialysis.

Then in June 2016 her condition worsened.

“I had a very bad case of peritonitis and was admitted they decided to put me on haemodialysis and needed to do a procedure but I had a heart attack and ended up in intensive care,” said Susan.

She now has to have haemodialysis in Tallaght hospital three times a week, 3.5 hours each session.

“On those days I get up at 6am, I’m home by 12, so it’s not possible to work. On good days I am up and about but I can get very tired with no energy,” she said.

Her family are a support.

“My eldest daughter Mary aged 19 is my carer, I would be lost without her, without them all. They are all so good, they do all their chores. They know nothing else than their mum being sick. We talk about everything, we are quite upfront with information, age appropriate of course. Otherwise they would worry and their imaginations would take off,” she said.

She tries not to worry herself about her future health.

“You wouldn’t be able to live day to day thinking the worst. I work hard with my diet and fluids. I want to make sure I am well enough for my children, to see them get married, to see my grandkids,” she said.

“Mark is just wonderful. As he says, there won’t be any more presents for Christmas or birthdays, he’s done his bit,” she said laughing.

Her message to anyone willing to become an organ donor is a simple one, to tell their loved ones.

“Carry a card, but there’s no point if you don’t sit down and have that conversation with your loved ones, to make sure they know your wishes,” said Susan.

She is originally from London and Mark is from Rathcoole in Dublin. They moved to Ballybrittas in 1999. Their children go to school in Monasterevin.

“My neighbours are very supportive, they often call to see how I am,” she said.

Over 4,450 Irish people are being treated for kidney failure, with 2,075 (47%) undergoing dialysis. Thanks to the gift of organ donation, 2,379 (53%) people are enjoying extended life from a kidney transplant.