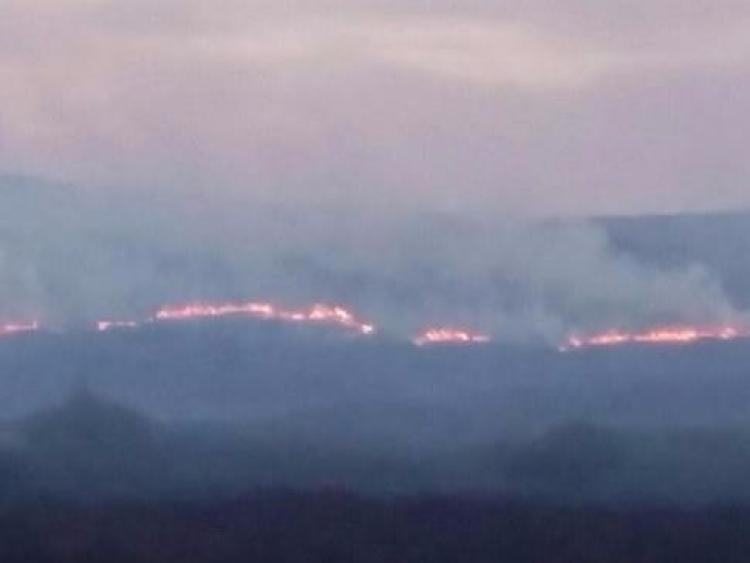 First gorse fire of 2017 in Laois in the Slieve Boom Mountains.

The bog and gorse fire season is officially underway in Laois and the county's fire service has warned the public not to contribute to the costly problem through deliberate or careless actions.

Laois Fire and Rescue Service personnel based in Mountrath were called out to an extensive heather fire in the Slieve Blooms in the Ballyfin / Mountrath area of the county on Monday, March 27 last.

The crew was on the scene for almost five hours until 1pm on Tuesday morning containing the flames.

Declan Power, Chief Fire officer in Laois, confirmed that the blaze was the first of the season in the county. He urged people not to deliberately start fires or to carelessly cause them such as by flicking cigarette buts out of car windows.

Mr Power said there is an economic cost to such fires especially to forestry owned by State company Coillte.

He also said they also have an impact on the fire service because controlling them takes up a substantial amount of time. This can mean that fire crews are not available to deal with house and other types of fires.

Mr Power said the Laois service has added to its resources to deal with bog gorse fires by upgrading existing equipment.

An Alpha 3 appliance in Portlaoise is fitted out for bog and wildland fires, with pump and roll capability, stocks of 25mm hose, floating pumps and lots of beaters.

The smaller engine is suitable for controlling fires because it can make it down narrow lanes and boreens inaccessible to bigger engines.

"We would ask the local community to be vigilant, report illegal burning and help prevent large scale bog, gorse and forest fires," said the fire service. 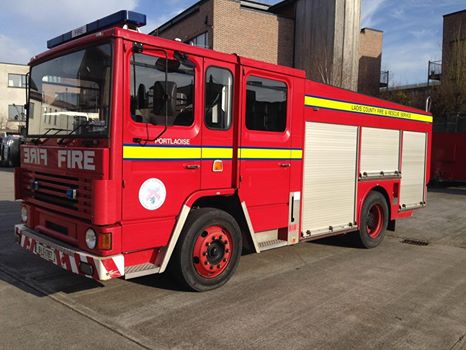