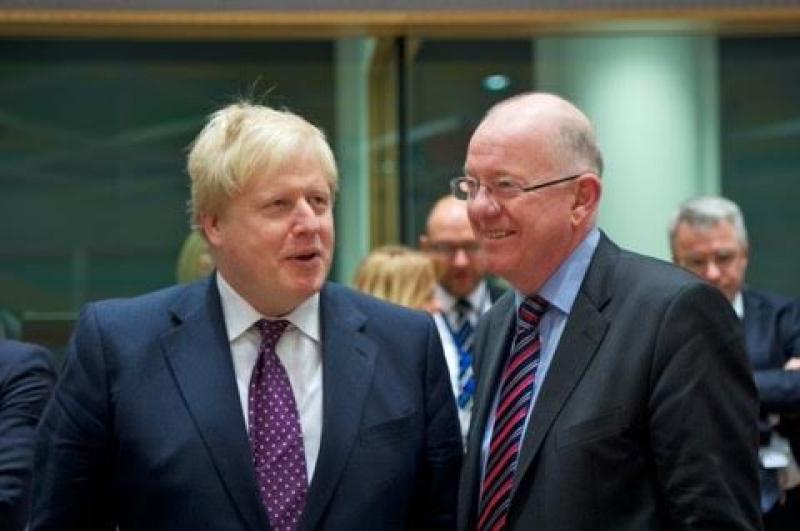 "Ireland is ready for the Brexit negotiations," said the Minister for Foreign Affairs and Trade, Charlie Flanagan today. The Minister was responding on behalf of the Irish Government, to the formal notification by the UK of its intention to leave the EU - the so-called triggering of Article 50.

"This is the beginning of a long and complex set of negotiations. The UK does not leave the EU today – it only begins the process of leaving, they have every EU obligation and right until they do leave.

"In the meantime, nothing will change, including the UK’s obligations towards the citizens and businesses of other Member States.

"I note that in the letter delivered today, Prime Minister May made specific reference to the unique and special relationship between the UK and Ireland, and to respecting and protecting the Peace Process - and the necessity to preserve and continue that. This is welcome, and I also think that this is a point that our UK partners are well aware of from our perspective as a continuing member.

"The parameters of the future relationship with the UK have still to be negotiated – but both the UK and the EU have been clear that they want to retain a close and friendly relationship. That is our wish, also.

"We have spent the last nine months making clear our priorities to both the UK and our remaining 26 EU partners. They are very clear on those priorities.

"Those priorities are, and will remain:

• Protecting Northern Ireland and the Peace Process – including all provisions of the Good Friday agreement, maintaining an open border on this island and also continuing the great level of North-South cooperation that the peace process has brought us

• Minimising impact on trade and the economy – maintaining close trade with both the EU and the UK, and working through any logistical issues that Brexit may present

• Maintaining the Common Travel Area with the UK – the UK shares this important objective, while we’ve invested time in building understanding in Brussels and in EU capitals.

• Influencing the future of the European Union – strengthening existing alliances while building new ones. Being at the heart of shaping a new direction for a strong and prosperous EU.

"The Taoiseach has been communicating our priorities to all of the heads of Government, the Council and the Commission – as I speak he is at an important conference in Malta today with chancellor Merkel and other European leaders.

"I’ve been engaging with every Foreign Minister in the EU, and also with the Commission negotiating team led by Michel Barnier.  In all I’ve had over 100 engagements since the referendum and I will have more bilateral engagements next Monday in Luxembourg.

"My Ministerial colleagues have been doing the same with their opposite numbers.  Indeed, Minister Creed is in Warsaw today; Minister Mitchell O’Connor is in Copenhagen and, as I’ve mentioned, the Taoiseach is in Malta at an important Summit of the European People’s Party (EPP).

"At diplomatic and official level, these contacts and engagements have been constant and ongoing since before UK referendum to leave the EU last June. All in all, we’ve counted almost 400 Brexit contacts with EU institutions and member states since last June.

"Here in Ireland, we’ve engaged across society, with every sector, to identify concerns and potential challenges presented by Brexit, and the ways to address those concerns and challenges.

"Through events like the All Island Civic Dialogue, we’ve engaged sectorally with every area of society, from agriculture, to transport to the fishing, to manufacturing to retail.

"We have especially engaged with the businesses that are focused primarily on exports into the UK, or cross border trade with the UK. We’ll continue that engagement with them through the negotiations now starting.

• As outlined in the statement issued today by President Tusk on behalf of the EU 27 Heads of State and Government, negotiating guidelines will now be prepared and, following discussions at Ministerial level, the European Council will meet on 29 April to agree them.

• The guidelines will outline the main issues to be addressed in the withdrawal negotiations, and the principles and approach of the EU side.

• A more detailed negotiating mandate for the European Commission will be agreed by Ministers in May, and the negotiations with the UK will begin.

Finally, I would point to the great experience in Ireland in respect of EU negotiations, particularly in recent years.  For example, during the Irish Presidency of the Council of the EU in 2013, more legislative measures were agreed than in any other Presidency since.

A new CAP, a new Common Fisheries Policy and a new EU Multiannual Financial Framework were among the major agreements brokered following many hours of patient negotiation during the Irish Presidency.

In the challenging negotiations ahead, we will be drawing on a deep well of experience and expertise – both internally and externally – and I am confident that this will serve our people very well as we go forward with the process that begun today with the triggering of Article 50.