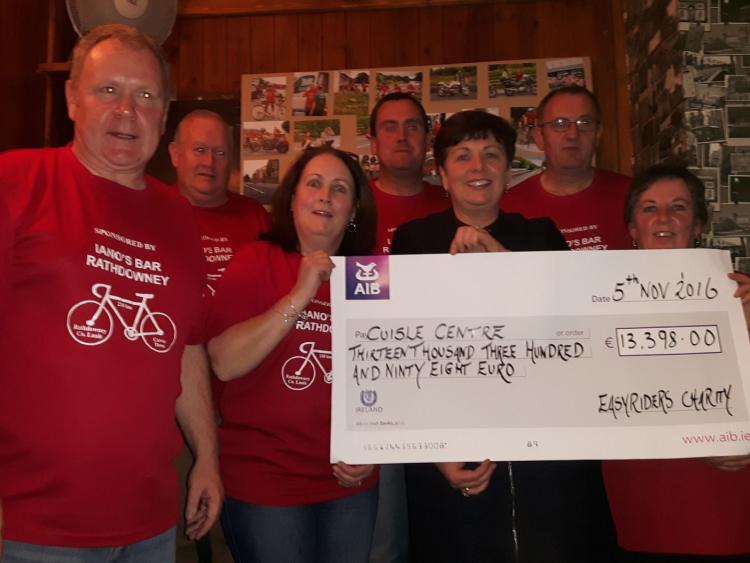 One of the most successful and active charity fundraising groups in Laois meets this weekend to announce their event and chosen charity for 2017.

The Rathdowney-based EasyRiders group's launch night also marks the 15th Anniversary cycle club which has raised large sums for charity over the past decade and a half.

Last year the group raised the guts of €13,500 when 32 EasyRider cyclists rode to to Cavan Town via Portlaoise & Mullingar -225km over 3 days.

Apart from similar events in previous years, the group also organise fundraisers throughout the year to help fund their centrepiece cycle which takes place over the summer.

The launch takes place Saturday April 1 in Iano’s Bar at 9pm come along to sign up and see this year’s destination and chosen charity. Yours support is always greatly appreciated.