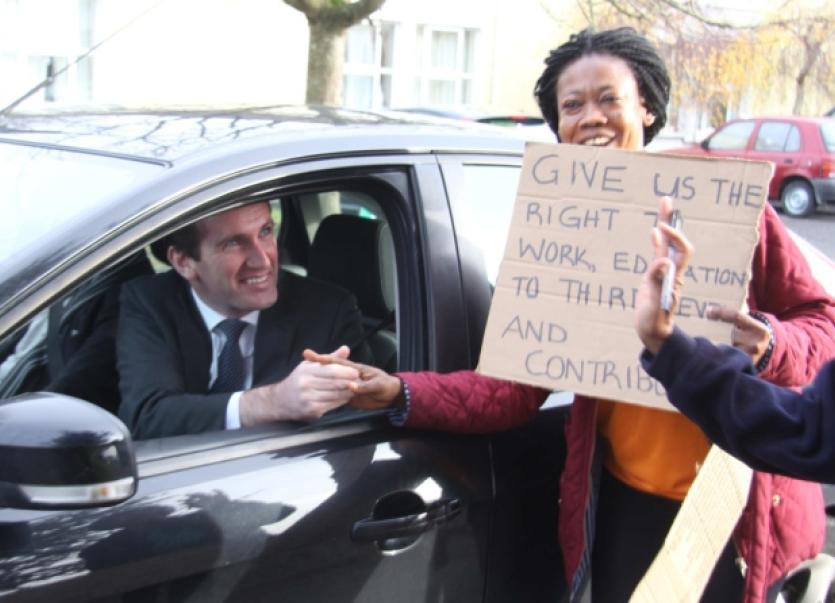 Two State watchdogs have been given the power to investigate complaints from asylum seekers and refugees living in 'Direct Provision' at the former Montague Hotel in Laois.

This is a change that has been long called for by both Offices and which will provide equal access to complaints procedures for people in Direct Provision.

The former hotel has been the sight of a number of protests by its residents. The centre is home to families some of whom have live there for a number of years. Several nationalities are represented among the asylum seekers. The families live in the old hotel rooms.

Until now residents in the former hotel in Emo on the old Dublin Road, and other direct provision centres could complain to the Reception and Integration Agency, a body of the Department of Justice and Equality.

Now residents who have raised an issue with the manager of the accommodation centre, and the Reception and Integration Agency, and who are not satisfied with the outcome, will be able to make a complaint to the Ombudsman or the Ombudsman for Children.

Ombudsman Peter Tyndall said: “The direct provision system has rightly been criticised both nationally and internationally.  While the government will shortly implement a more streamlined system for asylum applications those still living in direct provision accommodation should receive all the services to which they are entitled.  Introducing an independent complaints process will help to ensure that those services are delivered to the highest standard possible.  My staff have already met with residents across the country and they very much welcome this development”

The Ombudsman and the Ombudsman for Children have a Memorandum of Understanding in place to ensure an effective service for those making complaints.  Complaints can be made about services provided by direct provision centres such as:

Residents in the Laois and other direct provision centers, like everyone else in Ireland, can also now raise issues relating to the actions of public bodies including schools, health services, social work services, local authorities, government departments and agencies.