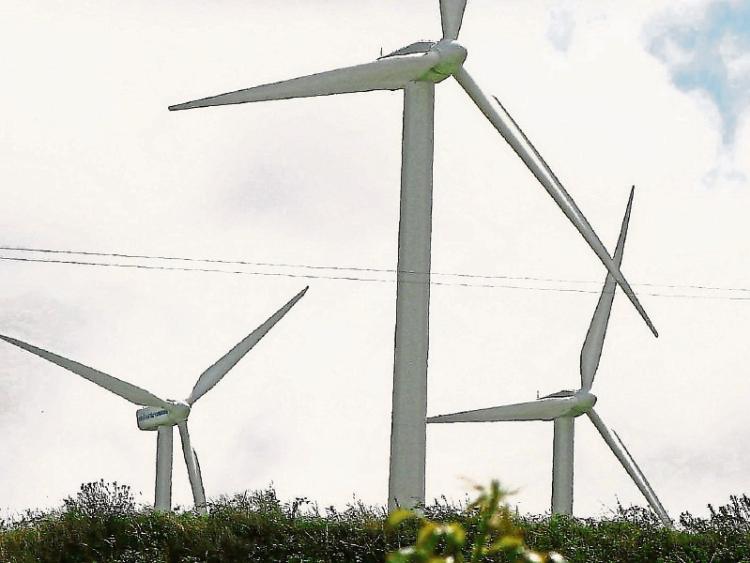 The association for windfarm developers in Ireland is to try and persuade Laois councillors to reverse their ban on turbines in Laois.

Last month councillors voted to remove 'open for consideration' zoning from all parts of Laois in the 2017-2023 development plan.

Along with their 1.5km setback rule, itwas double insurance against further windfarms for Laois, prompting a warning by CEO John Mulholland that the minister may intervene.

The Irish Wind Energy Association is disappointed with their decision.

“The decision of local authority members to proceed with this vote is disappointing certainly, but we are also concerned that it has been taken without the full facts being made available to Councillors. The decision is completely at odds with national energy policy,” he said.

He cited the EPA's statistic that air pollution causes the premature deaths of 1200 people a year in Ireland.

“Developing clean and renewable energy will eliminate our dependence on fossil fuels. Wind energy is generally the best available source of renewables in Ireland and it is the cheapest renewable to bring online,” he said.

He also gave figures of payments lost to the council.

“I am disappointed the members did not engage with developers and investors prior to their decision as wind farms pay significant levels of development contributions and rates. Wind farms pay €20m a year in commercial rates and IWEA estimates that a modest 16 turbine/50 megawatt wind farm in Laois would generate €320,000 in annual commercial rates and approximately €700-800,000 in development contributions. It would generate electricity to power 32,000 homes,” he said.

Mr Healy said that the vote creates a difficulty for the IWEA in engaging with residents.

“Engagement with residents in communities in Laois and across the country, who have real genuinely held concerns, is paramount.

“But it must also be understood that an appetite for engagement must in the first instance exist. That is why the vote of Councillors creates a difficulty. Nonetheless we will be seeking to reach to members of the local authority with a process we hope they can engage with in the coming weeks,” he said.