Illegal waste collectors being tracked down in Laois 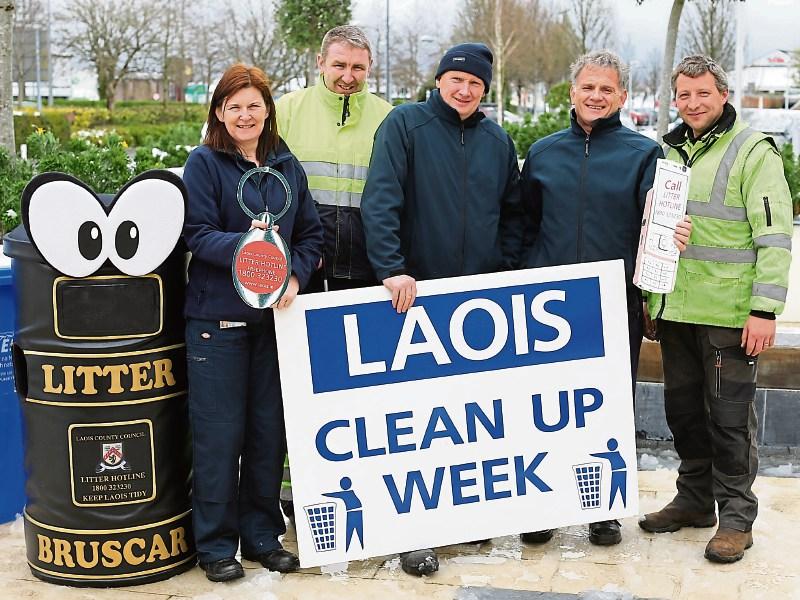 Homeowners are being asked to help track down two illegal household waste collectors operating in Laois, who may be dumping their collections on roadsides.

“We have targeted illegal collectors. There are two advertising through social media. They are collecting from houses but we are not sure where they are bringing it to,” senior executive officer Michael Rainey said at the March meeting of Laois County Council.

In efforts to track down and prosecute the offenders, the council's Waste Enforcement Team has gone door to door.

“We carried out house visits and did letter drops in Mountrath,” Mr Rainey said.

The team is also gaining two new members, more mobile cameras and a bright rebranding of their vans and uniforms, to increase their visibility.

“You won’t miss them. They will also be doing foot patrols. The cameras are very discrete with good image quality. You won’t know where they are, so if you decide to dump anywhere you see a sign, there is a very good chance you will be surveyed,” Mr Rainey warned.

Added to the litter wardens armour will be a new app allowing them to keep their database up to date.

The problem of dumping boxes or bags beside full bring banks will be tackled by replacing them with new banks twice the size.

Mr Rainey expects that to increase with their extra cameras, and is also pushing for litter fines to be raised by the government.

“They are too small, we have written to the department about fines, and naming and shaming,” he said.

He disagreed with Cllr Mary Sweeney who blamed high bin charges for the dumping problem.

“I don’t think it’s the single widow or elderly person who is the problem, it’s large scale dumping. I don’t accept that people can’t afford it, the charge is so small, and it’s very reasonable to go to Kyletalisha,” the officer said.

Last year 82 communities across Laois gathered 29 tonnes of rubbish from the roads and ditches, removed free of charge to Kyletalisha landfill by AES. Laois County Council cleaned up 96 tonnes over the year, the equivalent of 1,477 household wheelie bins.

“We will be launching a Back to Beauty campaign aimed at problem areas, and encouraging community groups to take ownership,” Mr Rainey added.

“I hope by the end of 2017 the county will be a lot cleaner,” commented Cathaoirleach Cllr Tom Mulhall.

The council is getting litter black spots cleaned up, as part of Clean Up Laois week, taking place this week from April 3 to 7.