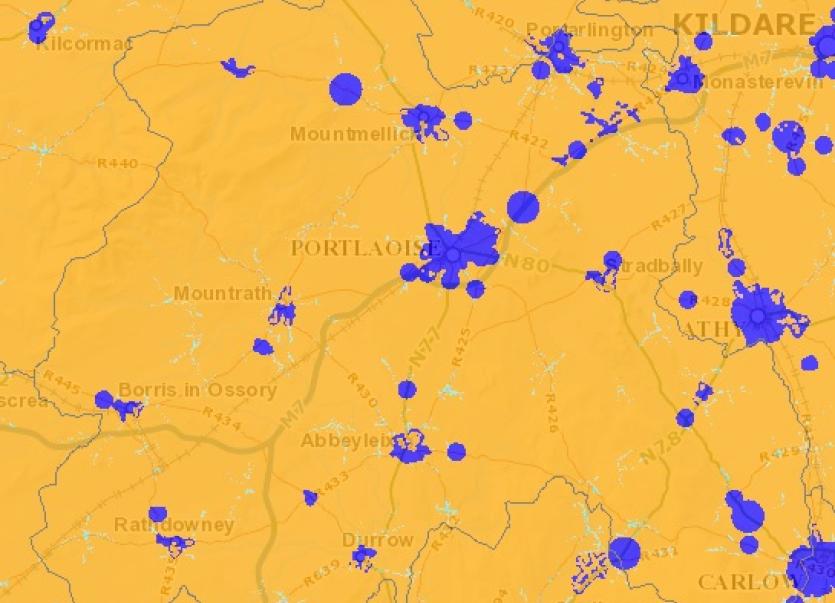 Households and business in towns, villages and rural areas are to benefit from a new broadband deal but Laois TD Brian Stanley has raised concerns about when all parts of Laois and the rest of the country will be linked in.

Minister for Communications, Climate Action and Environment, Denis Naughten TD announced today that an additional 300,000 premises across Ireland will be able to access high speed broadband within 90 weeks. These premises were previously part of the State Intervention Area but will now be provided by Eir under an agreement with the Minister.

However, the Minister also updated broadband map map to add 84,500 premises to the State Intervention Area. This is as a result of commercial investment which has not materialized.

He said the finalisation of the Broadband map one of the key uncertainties in the procurement process has now been removed and progress towards access to high speed broadband.

Laois TD Brian Stanley has welcomed the extension of broad band to more than 300,000 homes around Ireland but also raise reservations.

“While we welcome the expansion of broadband services in Ireland, a number of concerns have been raised about the future of the 540,000 premises remaining in the intervention area," he said

He claimed one of bidders for procurement on the National Broadband Plan has cherrypicked locations in the intervention area to deliver broadband only where it is commercially profitable.

The revised National Broadband Plan intervention map will be available on the Department’s website. People in Laois can check their premises here 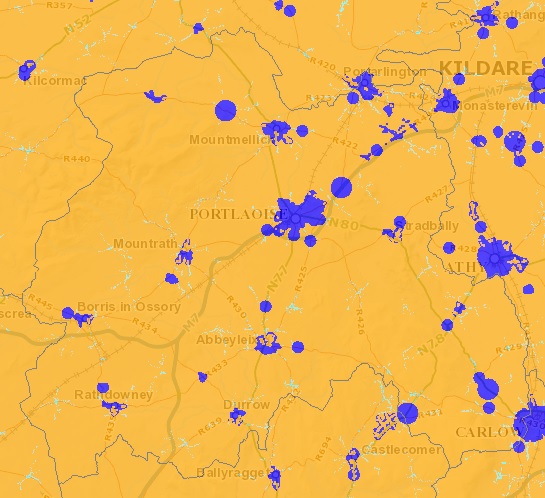 AMBER areas - which are the target areas for the State Intervention of the National Broadband Plan. The Mobile Phone and Broadband Taskforce has identified measures in the short term to improve broadband connectivity including in the Amber areas and work is underway to implement these measures.

BLUE areas - where commercial operators are delivering or have indicated plans to deliver high speed broadband services. Operators are continuing to enhance their services in these areas to improve access to high speed broadband and to increase speeds to meet consumer demand and customer requirements. Please contact us at Broadband@DCCAE.gov.ie to let us know if you cannot get High Speed Broadband from the providers in your area.

LIGHT BLUE areas - new areas where commercial operators have committed to concrete plans to deliver high speed broadband in rural areas. The commercial rollout to these areas is primarily Fibre to the Home (FTTH). By 2018, all homes and businesses in these Light Blue areas can expect significant improvement to their broadband services.