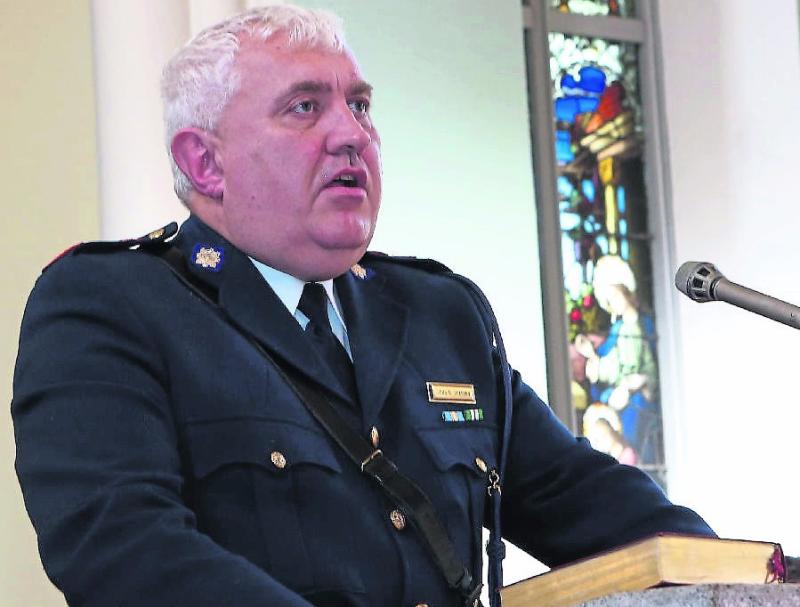 The most senior Garda in Laois has moved to reassure the public that they can have trust in their local police force and the head of An Garda Síochána.

Chief Supt John Scanlon spoke to the Leinster Express in the wake of revelations over drink driving breath tests and wrongful prosecution of motoring offences.

“I don't think that people need to be concerned about the resilience of An Garda Síochána, they should not have any fears in relation to the integrity and honesty of the gardaí attached to the Laois-Offaly division. There is no question of their integrity being on the line,” he said.

He and other senior gardaí from all around Ireland met with Commissioner Noirín O'Sullivan last week.

“What came out of the meeting was the resolve of the Garda Commissioner to do her job, and not be swayed in any way from undertaking her role,” he stated.

He said she had a “steely resolve” to get to the bottom of the issue and he “absolutely” had confidence in her.
“She is probably one of the finest police people I've ever had the privilege to work with,” he said.

The Chief Superintendent, who spent many years at the coalface of gang crime in Limerick, accepted that there were problems but gardaí were still scrutinising the statistics.

He said Gardaí in his division would be going to court to seek the overturning of fixed charge penalty convictions. He said the number of false breath test in the division may be below other divisions.

Chief Supt Scanlon stood by traffic corps in both counties and insisted that gardaí in Laois and Offaly had nothing to gain from returning incorrect drink driving tests.

The comments were in response to criticism of the Gardaí over revelations that more than 14,000 cases of fixed charge motoring cases were incorrectly prosecuted through the courts and more than 900,000 breath tests being recorded that but that were never taken.