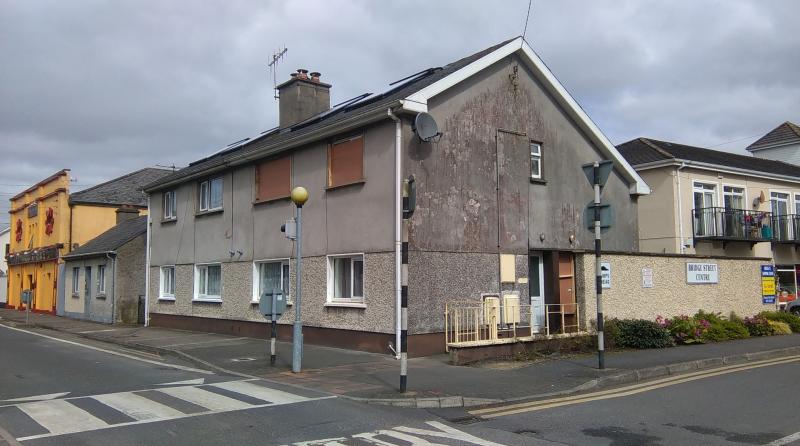 The African man who last Monday went on a window smashing rampage at his flat in Portlaoise, is today sleeping on the ground outside it.

The man who smashed at least four windows, shouting and dancing on the street, terrorising neighbours and passers-by, had been arrested by Gardaí who used pepper spray to control him.

He was brought to Portlaoise hospital with concerns over his mental health, by the Gardaí. Statements were made to Gardaí on the incident.
However he reappeared on the streets last Tuesday, where he arrived back at the flat with reportedly an axe and a screwdriver, attempting to re-enter his boarded up flat.

After neighbours called the Gardaí, the axe was taken from him, but the man is now sleeping rough, having been seen both asleep on a street bench in Market Square, and today, Thursday April 6, lying on the grass outside his old flat, beside Bridge Street Centre.

His neighbours are in continued fear.

Mrs Kathleen Brown is in her late 70's and living alone, and hasn't left her house in days.

"I am absolutely petrified, terrified of him, I can't sleep. This was always a peaceful road, there was never any trouble," she said.

"When I saw him back taking the boards down I nearly died. I think he should be put in somewhere, it's not right to have him around the place, he is a danger to the public. You'd know he had mental issues," she said.

The Leinster Express has asked the Health Service Executive what it intends to do with the individual now that he is homeless, to no reply. Earlier this week a spokesperson said that they do not comment on individual cases.